Quinton de Kock is not expected to face any sanctions from the ICC, after he deceived Fakhar Zaman into being run out for 193 in the second ODI between South Africa and Pakistan on Sunday.

The incident occurred in the final over of the game with Pakistan still needing 30 runs for victory. Zaman was pushing for a second run that would’ve kept him on strike, but slowed down when De Kock’s gesture towards the bowler’s end had him believing that he was safe.

Instead, Aiden Markram’s direct hit went towards Zaman’s end, and he was left short of his crease. 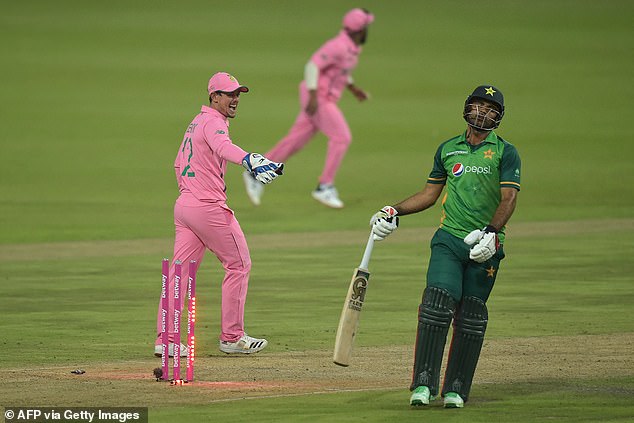 The fake fielding law states that a fielder can’t intentionally deceive a batsman after the striker has received the ball, but it’s believed that the match officials decided that De Kock did not intend to trick Zaman.

According to ESPNcricinfo the officials were happy that De Kock called ‘bowler’s end’ even before the first run was complete.

Zaman admitted after the game that it was his own fault to slow down when completing the second run as he looked back to see if Haris Rauf was safely in his crease at the other end.

Pakistan management are believed to have spoken to match referee Andy Pycroft after the incident, but didn’t file an official complaint. 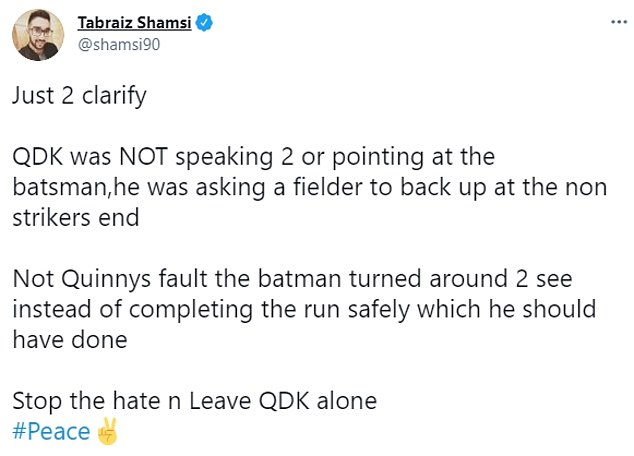 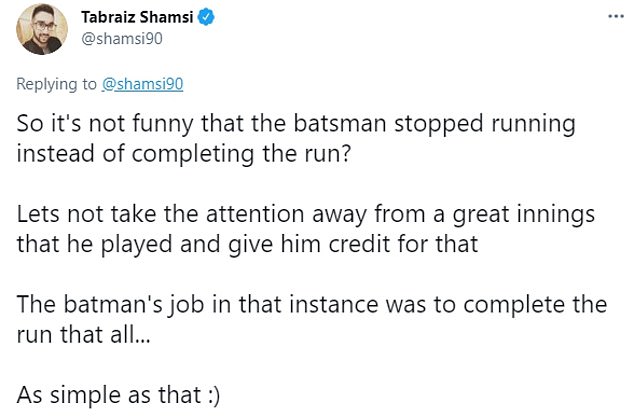 He added that the focus should be on Fakhar Zaman’s innings, not De Kock’s actions