Play was stopped during the Australian Open final between Novak Djokovic and Daniil Medvedev as a result of a refugee protest.

The demonstration took place in the stands of the Rod Laver Arena in the second set of Sunday’s men final.

Midway through the set as a rally began to unfold, two spectators began yelling loudly, forcing the umpire to call a let and have the point replayed. 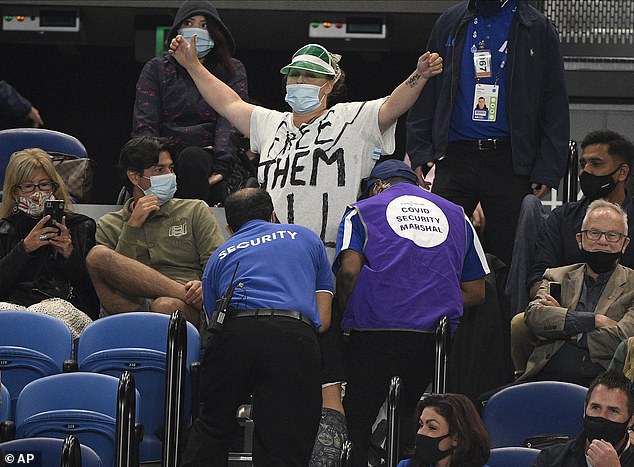 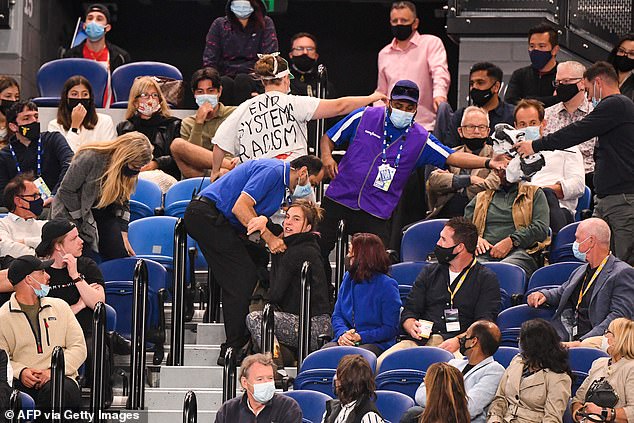 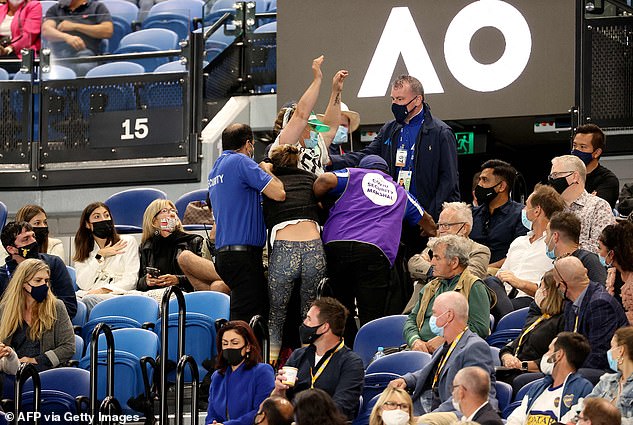 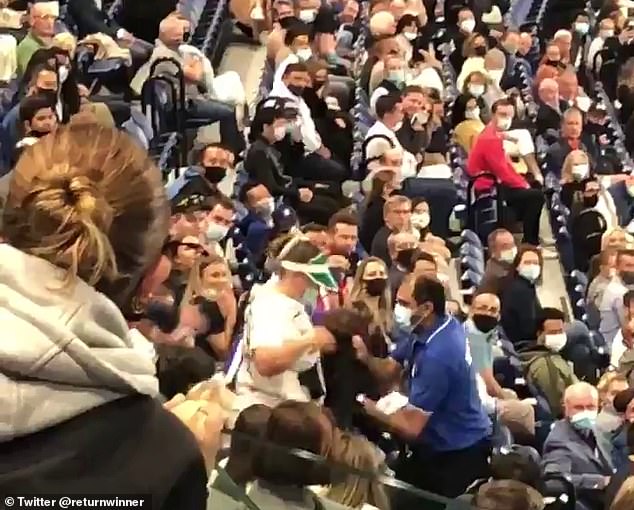 At the point, Medvedev was up 30-15 on serve, and his rival Djokovic was annoyed at the interruption though the demonstrators were then ejected.

As Djokovic went ahead 40-30, he asked the umpire to tell the crowd to remain quiet while the point was being played, putting his finger to his lips.

The official passed the message on and Djokovic took the game and ended up clinching the second set to go 2-0 ahead.

One of the two protestors was wearing a top with the message ‘end systematic racism’ written on the back and ‘free them all’ across the front.

The spectators were also reportedly heard yelling ‘free the refugees’ as they were escorted from the arena by security.

A video released on social media shows the moment they were ejected, with one protestor showing the message on their shirt to those in attendance while the other is seen shouting.

Later on during the match in a separate incident, Medvedev was unhappy with further crowd noise during the final, telling a supporter to ‘show some respect and shut up’. 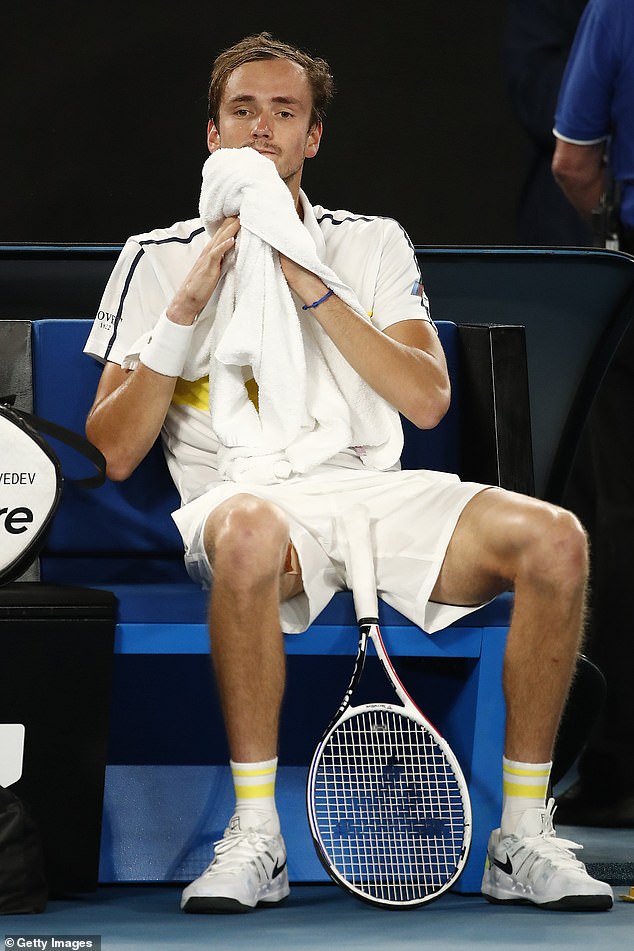 Djokovic ended up clinching his ninth Australian Open win and his 18th Grand Slam title, which would put him two behind Rafael Nadal and Roger Federer.

It is not the first time there has been a protest during the men’s final of the Australian Open.

In 2015, the final between Andy Murray and  Djokovic was disrupted by a group of protesters against the Manus Island immigration detention facility

Wearing t-shirts with slogans such as ‘Shut down Manus’ and ‘Australia open for refugees’, the political activists made their presence known during the second set and descended on to the Rod Laver Arena’s centre court. 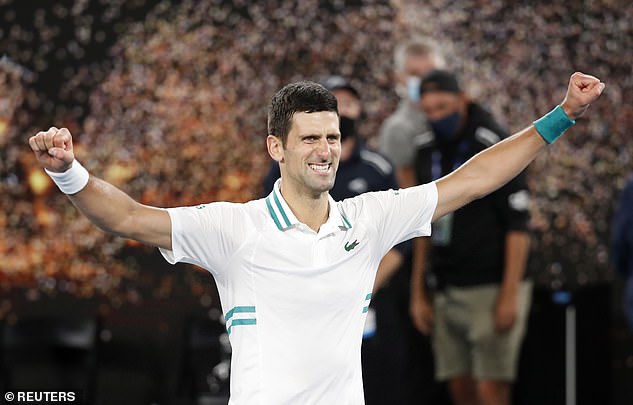