It began with Roger Federer needing to be reminded of the recent rules regarding towels and shot clocks, and ended with him showing people what they had been missing.

In a high-class second round of the Qatar Open, he defeated British No 1 Dan Evans 7-6, 3-6, 7-5 in just under two and a half hours as he finished his first match since the 2020 Australian Open with a flourish.

Federer, 39, was unlikely to come back before he was fully ready, and that was broadly how it looked — though he was a tad cautious and clumsy at times, by his balletic standards. 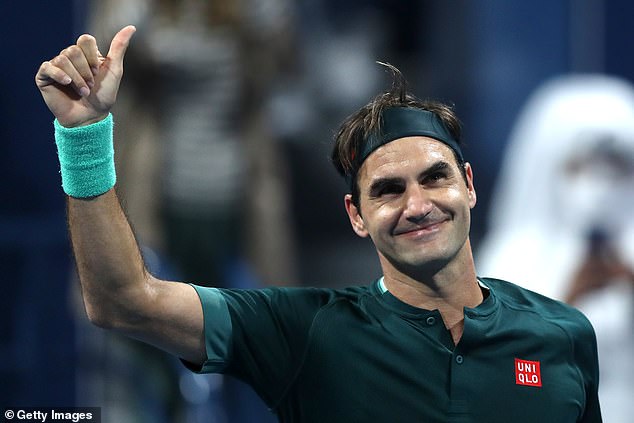 Yet it was still enough to dispatch Evans, who looked at the top of his game and had inside knowledge as they had spent the previous two weeks training together in Dubai.

‘It was a great match,’ said Federer. ‘It’s important to see how I am tomorrow. It’s been a long road. I was tired at the end but if I was going out, I was going out swinging.’

Evans added: ‘It was clear he’d been off but he showed glimpses of why he’s so good.

‘He was best in the last few games. I wasn’t good enough when it counted — that hurts.’ 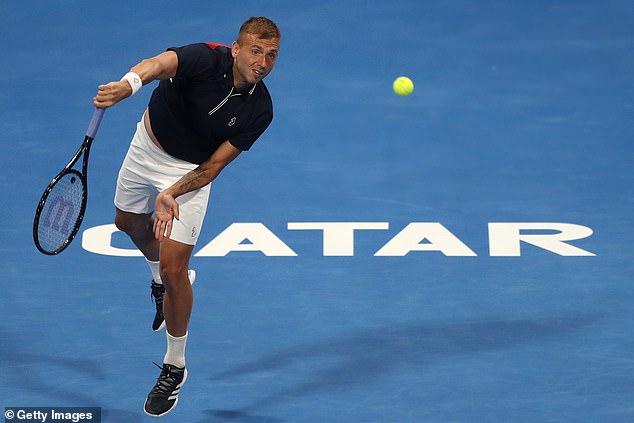