What is likely to be the final comeback of Roger Federer’s career could begin with a match against Dan Evans this week, as the great Swiss sets his longer-term sights on Wimbledon.

The grass of SW19 is the focal point for Federer, who plays his first match in more than 13 months at the Qatar Open but expects to take several months to near his peak.

If Evans beats Frenchman Jeremy Chardy in the first round he will be the opponent, although all eyes will be on how Federer — who has an opening bye — shapes up following two knee surgeries. 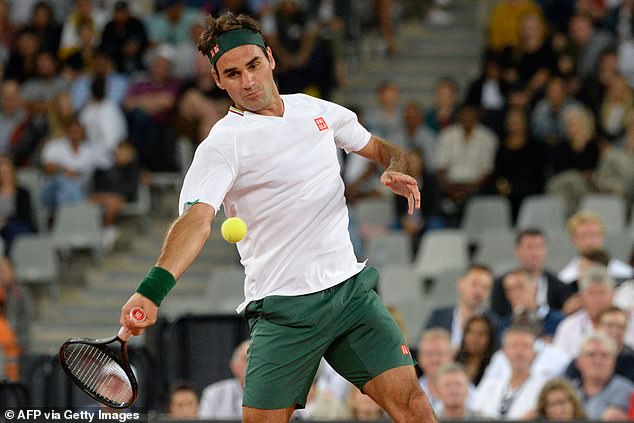 ‘It’s still building up to being stronger, better, fitter, faster — so I hope by Wimbledon I will be 100 per cent and then the season really starts for me,’ said the 20-time Grand Slam champion.

‘Let’s see how it goes. I might surprise myself, which I have already done in practice the last three weeks.

‘I was surprised how well it did go, although we know matches are a different animal.’ 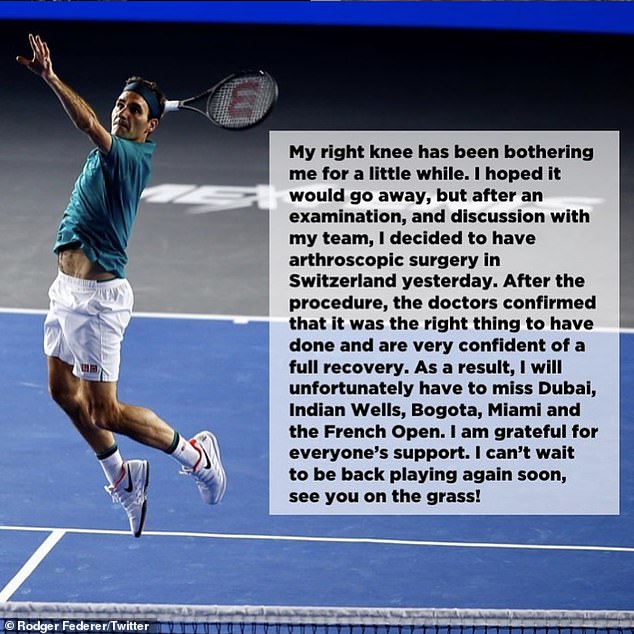 At age 39, Wimbledon is his best chance of winning another major as he tries to avoid being overtaken by Rafael Nadal (on 20) and Novak Djokovic (18) in total Slam titles.

Federer seems more philosophical than his rivals about the outcome of that historic struggle, and explained why.

‘I think for them maybe this is bigger than for me at this moment,’ he said. ‘For me it was very important the closer I was getting to the record of Pete Sampras. For them maybe I’m the measuring stick.’ 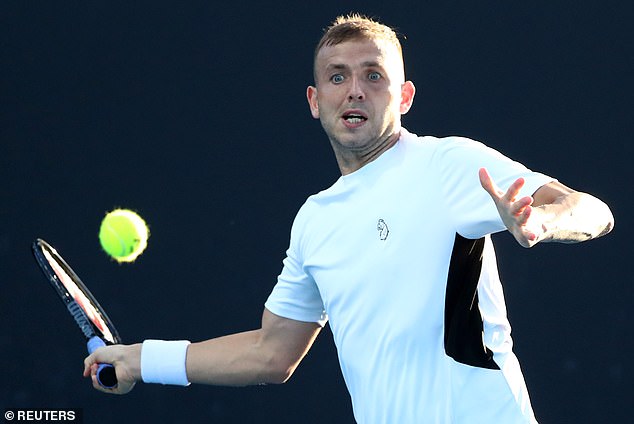 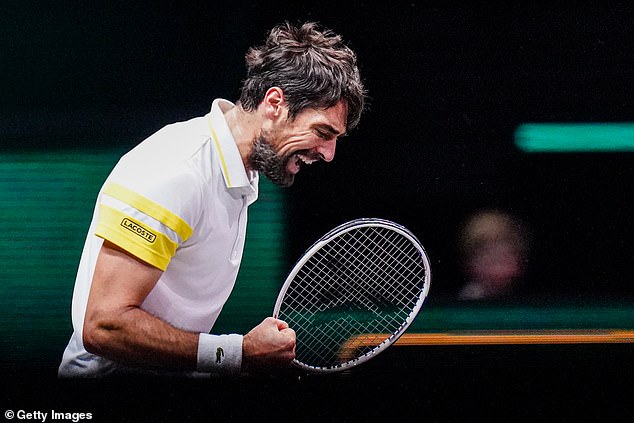 He admitted that recovery has taken longer than he expected, and that the lowest point came upon realising that the initial operation had not been a success.

‘Obviously I was down,’ he said. ‘I couldn’t believe I had to do a second one. Retirement was never really on the cards.

‘Now the pain is completely under control, I’m in a wonderful position now that I can actually play five days straight, two and a half hours.’