Roger Federer was not alone in seeing French Open preparations fizzle out on his long-awaited return to action.

The great Swiss was beaten in his first outing at the Geneva Open, while fellow 39-year-old Serena Williams suffered a similar fate at the WTA event in Parma.

Clay is neither’s preferred surface, and both will be looking beyond Roland Garros. They will have one win between them as they head to Paris. 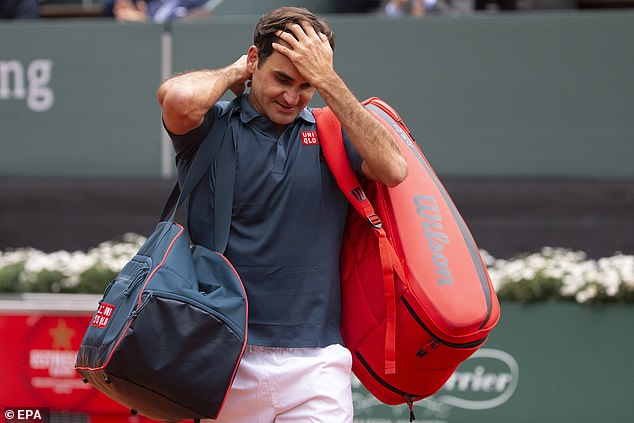 Federer, playing only his second tournament since the 2020 Australian Open, improved after a rusty first set but lost 6-4, 4-6, 6-4 to Pablo Andujar.

Federer said: ‘I know my limitations at the moment. What is important is getting used to the tour again.’