Dan Evans received the royal summons following last month’s Australian Open, asking if he would like to help prepare Roger Federer for his long-awaited comeback.

So the British No 1 hot-footed it to the Swiss master’s base in Dubai to spend nearly two weeks with him, skipping the Rotterdam tour event in the process.

On Wednesday, he gets to see even more of Federer than expected, having earned the privilege of being his first opponent in more than 13 months, when they meet in the second round of the Qatar Open. 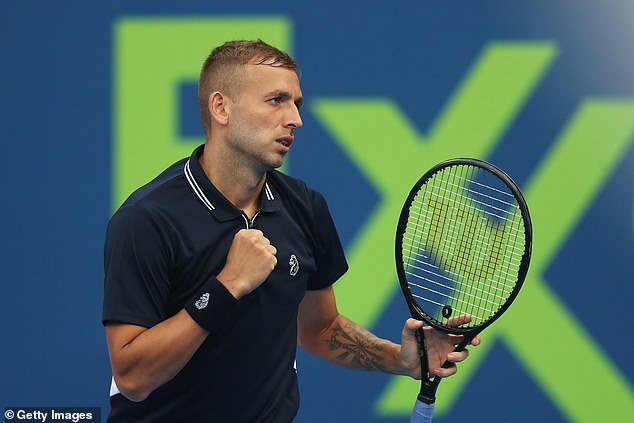 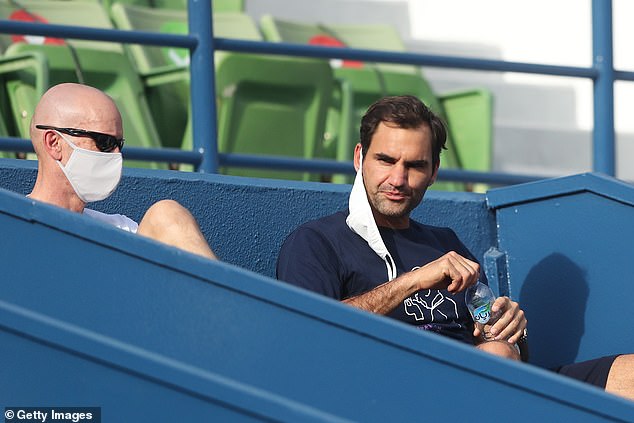 The Swiss great, returning after 14 months out, was an interested spectator courtside

Evans made the appointment by beating Frenchman Jeremy Chardy 6-4, 1-6, 6-2 in yesterday’s first round, and will need his serve to be more consistent in a match sure to be closely watched by the whole tennis world.

The 30-year-old and Federer, 39, have trained together before and are something of an odd couple. Yet for all their different background and career paths, they share a similar flowing game style and an unlikely chemistry.

‘I’m not sure how much we have in common but we get on, he’s pretty down to earth,’ said Evans (right). ‘We’ve had good banter, his team have been great. We’ve had two weeks on the court so you need to be able to chat a bit. We had some good fun, and got some good work done.’

They have met three times, at three different Grand Slams. 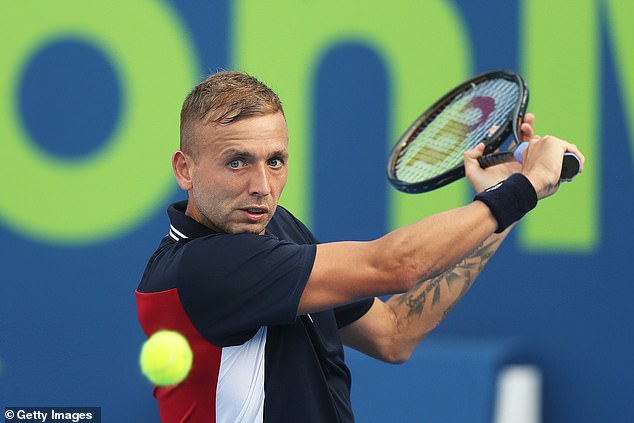 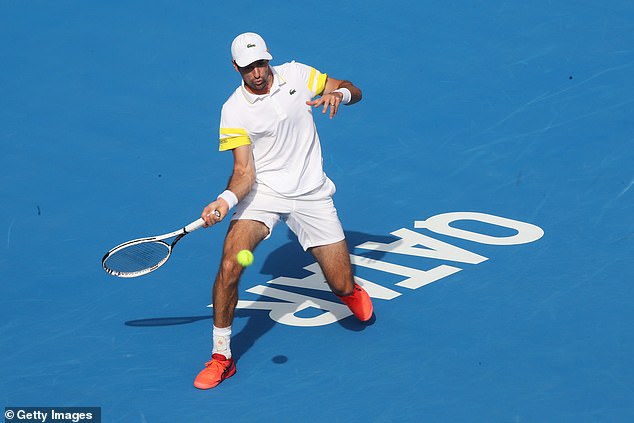 Evans is yet to win a set although he did cause him problems at the 2019 Australian Open, where there were two tie-breaks.

Despite all their familiarity, Federer took time out to sit in the stands as his next opponent battled past the powerful Chardy, who suffered a hamstring injury late in the match.

‘He has seen a lot of my game in the last few weeks so it was probably more out of boredom rather than scouting me out,’ said Evans. ‘I thought he was playing pretty well in practice, we played plenty of sets and it was competitive but it is all very different when you get on the match court. He looked fit, it’s going to be tough.

‘Some days we practised three hours, others an hour and a half. Whatever happens it’s good training and it’s put me in a good spot.’

Federer v Evans is live on Amazon Prime Video on Wednesday, not before 3pm.