Manu Tuilagi’s long-awaited comeback from injury inspired Sale to defeat Premiership leaders Bristol at the AJ Bell Stadium on Friday night to boost their hopes of a home semi-final.

The England centre hadn’t played for eight months after suffering serious achilles damage at Northampton and this was some way to announce his return.

Sale won thanks to second-half tries by Dan du Preez, his brother Rob and Curtis Langdon, but there was no doubting the impact made by Tuilagi on his first appearance of the season. 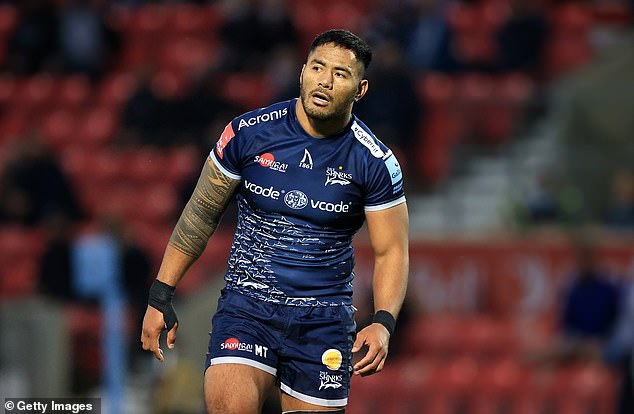 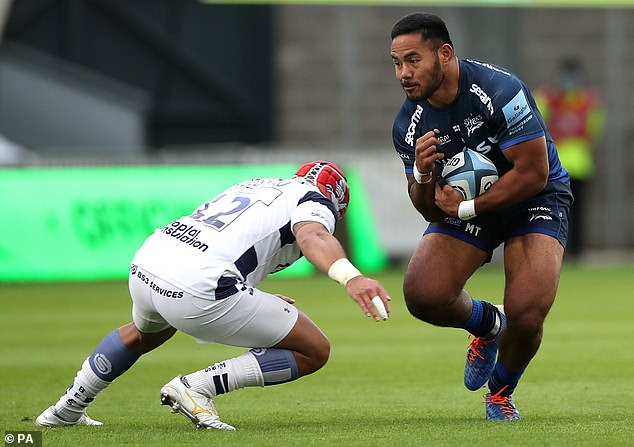 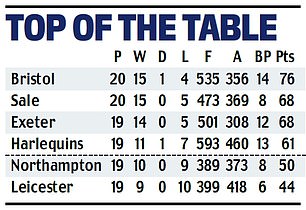 How the Premiership table currently stands

The 30-year-old transformed the mood among Sale’s fans — around 2,500 of whom were allowed in for the first time this season — and among his team-mates.

He came off the bench in the 48th minute with Alex Sanderson’s side trailing 5-0 and Sale were galvanised. They were soon in charge, going on to claim a win that confirms their involvement in the play-offs.

The first half was pointless and thunderous. Neither side could break the deadlock. It was a wonder they didn’t break each other, such was the unrelenting ferocity.

Bristol dominated the opening period but the hosts held their ground with a monumental effort. They made 106 tackles before half-time and there was plenty of bite in the majority of them. 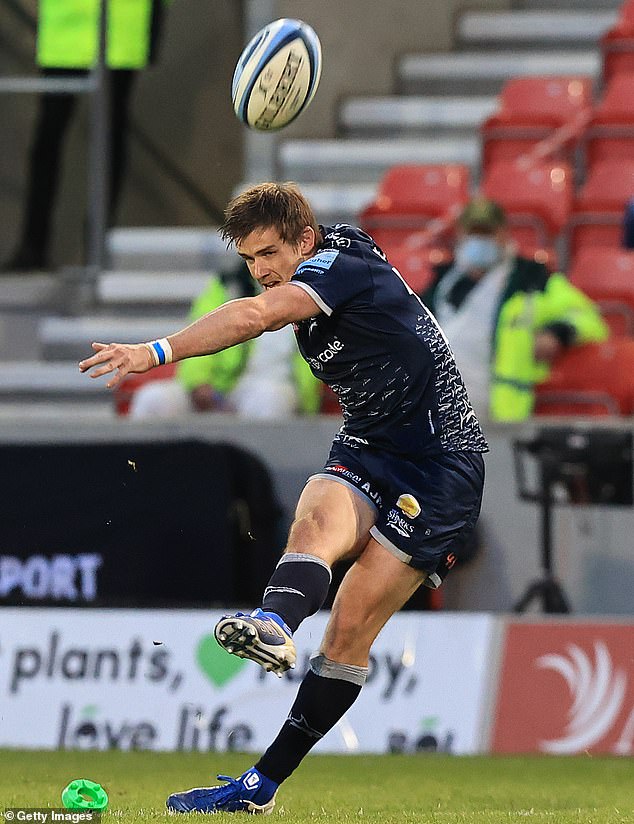 The visitors blasted towards the Sale line and came close to reaching it early on, before being repeatedly repelled by a hard-driving, big-hitting blue wave.

It was an attritional contest as both teams kicked for territory and smashed the living daylights out of each other. It wasn’t a razzle-dazzle spectacle but it was compelling nonetheless.

Five minutes into the second half, points were scored, at long last — five of them. And they were worth waiting for as Bristol scored a brilliant, long-range try. 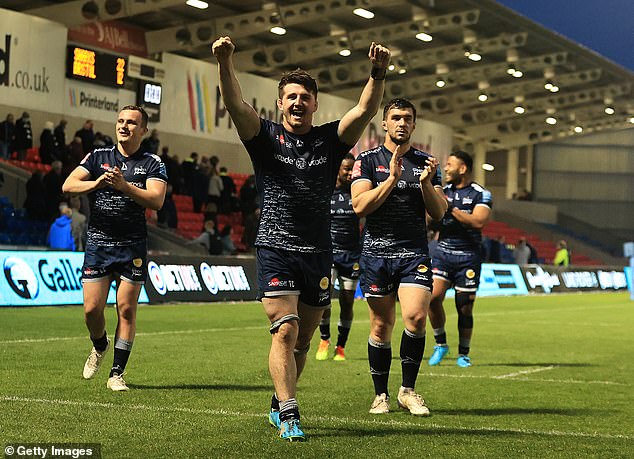 He switched the ball back inside to Charles Piutau, who in turn sent Ben Earl storming to the corner. Callum Sheedy missed the wide conversion, so the Bears’ advantage was five points.

But it didn’t last. Sale rallied once Tuilagi was unleashed. Radradra was sin-binned and the home side capitalised as Dan du Preez drove over from close range just after the hour.

Moments later, MacGinty cross-kicked and Byron McGuigan was on hand to catch the ball and pass inside for Rob du Preez to score.

Nine minutes from time, Langdon struck from a lineout drive. Ioan Lloyd’s late try for Bristol set up a tense finale before a MacGinty penalty settled it for Sale.