Sebastian Vettel admits he is still not feeling ‘at home’ in his Aston Martin car after a debut to forget at last weekend’s Bahrain Grand Prix.

The four-time Formula One champion joined Aston Martin ahead of the new season after six years at Ferrari but started last Sunday’s contest at the back of the grid and was involved in a collision with Esteban Ocon which cost him penalty points.

The German finished 15th overall and failed to pick up any points in the first weekend but claims there are several aspects which are distracting him from his driving. 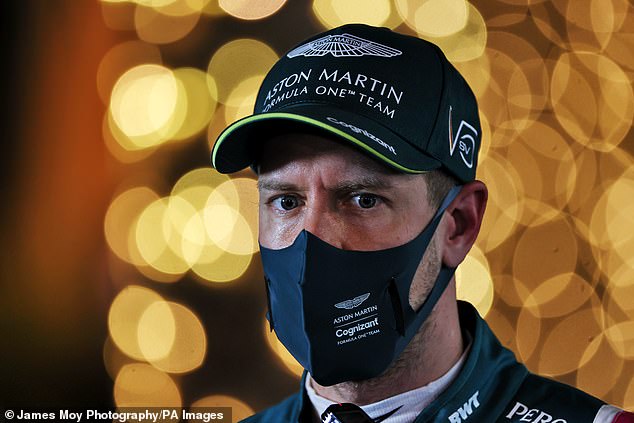 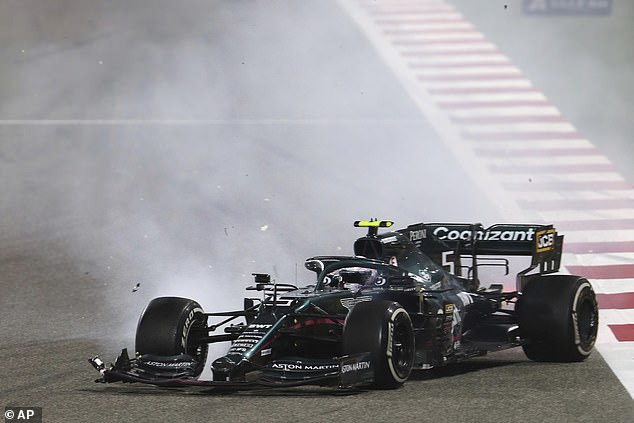 Vettel told Motorsport.com: ‘It’s probably not the weekend we were looking for but there’s a lot of things that we learned in the race that we need to address.

‘We will see how quickly we can fix them but I’m not at home in the car.

‘There’s a lot of things that are fighting me so that I can’t really focus on driving. We need to address them and try and fix them.’

Vettel endured his worst ever Formula One season last year with his 33 points overall the lowest campaign total in his career so far.

Ferrari also finished sixth in the Constructors’ standings, their worst result in a single season since 1980. 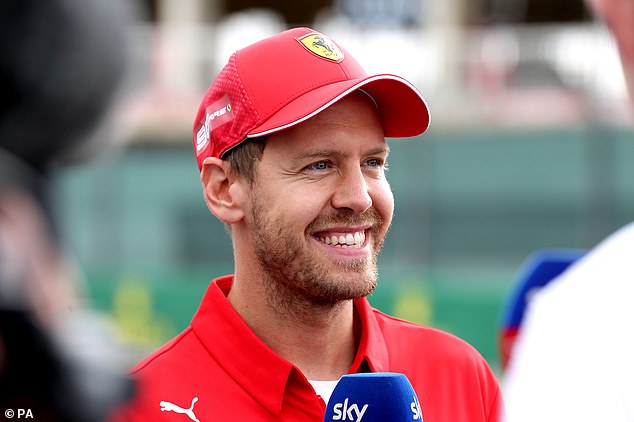 Vettel replaced Red Bull-bound Sergio Perez in the Aston Martin team  for this season but still claims he is less than 50 per cent from being fully comfortable with his new surroundings.

When asked how long it will take to get to 100 per cent, Vettel added: ‘I would probably say less than half as there’s so many things going on still that break the rhythm and make it quite difficult in terms of feeling the car and feeling what I need to do to drive fast, so there’s still a lot to do.

‘I obviously adapt to how the car wants to be driven but there’s obviously a lot of things that add certain inconsistencies that don’t help. I hope we can fix a lot of it very quickly.’

Vettel will be hoping for a better time out on the track in the next F1 event of the season – the Imola Grand Prix in Emilia Romagna on April 18.