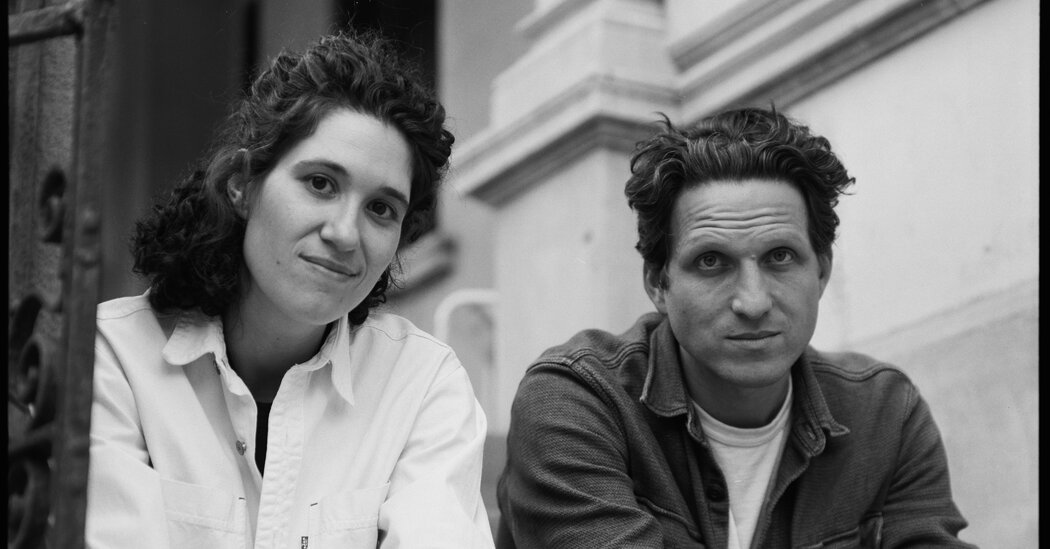 Max Linsky, the host of the new podcast “70 Over 70,” about people over the age of 70, didn’t always appreciate older people. He’s embarrassed to admit it now, but he didn’t learn any better until the summer of 2015, when, on two separate occasions, his tendency to be dismissive of elders came back to bite him.

Linsky, who is 40, had been interviewing the writers Carol Loomis, 91, and Renata Adler, 82, for his other podcast, “Longform,” which he co-hosts with fellow journalists Evan Ratliff and Aaron Lammer. He had begun both interviews, conducted within a month of each another, envisioning a trip down memory lane — armed primarily with questions that focused on work done several decades earlier. But his subjects gently resisted the script.

“They didn’t say this exactly, but the way that I heard it was: ‘You’re trying to write my obituary with me,’” Linsky said, on a recent walk near the old “Longform” office in Brooklyn. “‘You’re talking to me like I’m some other person now, but I still feel exactly as much myself as I always have.’”

Linsky was still thinking about those conversations when, in 2016, his father fell and broke his leg. Marty Linsky, 80, was a professor at Harvard’s Kennedy School of Government and an architect of the philosophy of “adaptive leadership,” which counsels adherents to confidently embrace deep, systemic change. Marty is a former marathon runner who once maintained a daily running streak for nine-and-a-half years. But after his fall, which led to a hip-replacement and then back surgery, he appeared mortal to Linsky in a way that he hadn’t before.

Last year, during the enforced isolation of the pandemic, Marty seemed increasingly distant and sullen. For almost as long as Linsky could remember, he’d had long, candid conversations with his father, who encouraged him to talk through difficult emotions before they metastasized. Now their regular phone calls were getting shorter, less frequent and more logistical in focus. Linsky wanted to reverse their traditional roles, to be the one to get his father to open up. But he struggled to break through Marty’s defenses.

“He’d been there for me over and over again, and now he needed someone to be there for him,” Linsky said. “But I didn’t know how to do it.”

Linsky says “70 Over 70” was largely an excuse for him to have a different kind of talk with his father. A decade in podcasting, which he turned to in 2010 after a short run at alternative weekly newspapers, had taught him that the presence of a microphone can make people want to confess.

He also suspected that older people would make for good interview subjects generally. Other podcasts, including “Sugar Calling” and “Death, Sex + Money,” had successfully covered similar populations. Even the Loomis and Adler interviews were ultimately fruitful — the women proved more forthcoming than Linsky’s typical subjects, indulging hours of questioning and exhibiting little self-consciousness.

Guests on “70 Over 70,” which debuted on Thursday and will publish weekly, are to include, among others, Dionne Warwick, Madeleine Albright, Dan Rather, Norman Lear and Maira Kalman, who designed the show’s cover artwork. There will be at least 70 guests in all (the title, a play on the media-hyped “30 under 30” lists, is nonbinding), including a rolling cast of nonfamous people who are profiled at the top of each episode.

The show is produced by Linsky’s own company, Pineapple Street Studios (“Missing Richard Simmons,” “Wind of Change”), which he co-founded with Jenna Weiss-Berman in 2016. (Two years ago, they sold the company to the radio conglomerate Entercom, now Audacy, but retain creative control.) Rather than looking backward, “70 Over 70” seeks a fuller expression of older people’s experiences of the present. Linsky has in mind big questions that benefit from the wisdom of age: What really matters in life? What is the source of resilience? How do you make sense of death and what comes after?

In a prologue to the first episode, he finally gets his father in the hot seat. (The show is a family affair — Linsky’s mother, Lynn Staley, designs the episode artwork.) We hear two conversations, one on the eve of Marty’s 80th birthday last August, and another a few days before Christmas, when Marty is in the hospital following a heart procedure. In that second conversation, Linsky confesses that part of the reason he’s decided to make the show is that he is afraid Marty will die.

MARTY Well, what’s the fear? What are you afraid of?

MAX That it’s unknown. The only thing that I have known is having you there, knowing that I can talk anything out. I think, for me, not knowing how much time there is left to do that feels really scary, and what’s on the other side feels kind of impossible.

MARTY The incalculable joy I get from our relationship — the idea of not experiencing that is hugely frightening to me. On the other hand, I have so much confidence in your capacity for managing that and making the most out of it after I’m gone that I don’t worry about it. I don’t worry about it at all. You’ll find ways to continue to keep our conversation going long after I’m breathing.

Though the other interviews are less personal, most are cathartic in some way. Linsky, who has learned his lesson since the Loomis and Adler conversations, is a sensitive and relentlessly curious interlocutor. The show is earnest in its investigation of what he abashedly calls, in an introduction to the first episode, “meaning of life stuff.”

In more than a dozen interviews he has conducted so far, motifs have included the impermanence of fear, the persistence of self-image and the value of remaining present through life’s ups and downs. Evocative metaphors have abounded, including one in the first episode from the anti-death-penalty activist Sister Helen Prejean, who describes fear as clinging to the bank of a river and presence as being “in the flow.”

Jess Hackel, who produces “70 Over 70,” along with Linsky and Weiss-Berman, said the guests’ ample firsthand experience lends their testimony a certain gravity.

“You buy into it because it comes from people who know what they’re talking about,” Hackel said. “Something that might sound cheesy or inauthentic in a college dorm room feels true when it’s Dionne Warwick saying it to you.”

In addition to considering what it means to live well, Linsky said he hopes listeners will have more and richer conversations with the older people in their lives.

Breaking through with his father took a pandemic and creating a podcast. For others, it may only be a matter of picking up the phone. “Just have the conversation, find a way to do it,” Linsky said.

Since the heart procedure, Marty is back to his old self — he’s up to 100 push-ups per day — and having regular, long conversations with his son again.