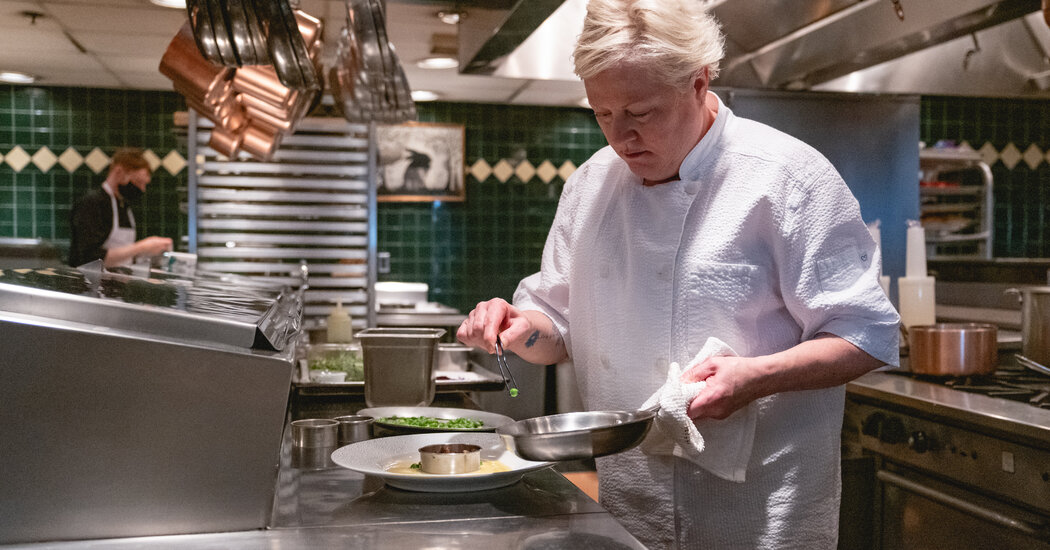 “I recognized early that Cindy was no joke,” Mr. Foreman said.

Georgia Brown’s was a hit, particularly with a racial cross-section of Washington’s political class, serving a menu of Southern staples like shrimp perloo and collard greens. It became part of a group of popular Washington restaurants, including Vidalia, Cashion’s Eat Place and Johnny’s Half Shell, where chefs with fine-dining backgrounds served variations on regional Southern food.

“Fine-dining restaurants were still mainly French and Italian back then,” Ms. Wolf said.

She and Mr. Foreman married, then moved to Baltimore, his hometown, in 1994. They opened Charleston three years later, just before Ms. Wolf received a diagnosis of late-stage breast cancer. The nine months of treatments — she emerged cancer-free — were an early testament to her unwavering commitment to the first restaurant she ever owned.

Mike Carson joined Charleston’s kitchen staff as Ms. Wolf was going through chemotherapy. “If you didn’t know — she lost her hair, but she wore a bandanna and all that — you wouldn’t know” she was sick, said Mr. Carson, who is now the chef and an owner of two restaurants in Pennsylvania. “She was working as much as possible.”

Ms. Wolf faced her second cancer diagnosis, in 2008, with the same combination of resolve and discretion. On a trip home to visit family, she didn’t tell her parents she was sick, partly because she didn’t want to deepen the still-lingering trauma of losing an older sister, Cathy, to leukemia, years earlier.

“My family was never able to deal with it,” she said. “My mother just shut down.”

Ms. Wolf weathers adversity, at least in part, by intensifying her focus on food. She and Mr. Foreman took a dining trip to France a month after she finished her first cancer treatments. The trip has become an annual tradition that includes some staff members. An outlier was 2010, the year of the couple’s divorce, when Ms. Wolf went to France four times, alone. “I needed to immerse myself in cooking,” she said.