Essex gave notice of their intention to successfully defend their County Championship and Bob Willis Trophy titles when they pulled off a stunning victory over Durham.

Simon Harmer claimed a five-wicket haul to complete 10 in the match as Essex overcame a first innings deficit of 163 to bowl Durham out for 123 and complete a 44-run win. It preserves the champions 13-match long unbeaten red-ball record at Chelmsford.

Durham made much of the running for the first three days after bowling Essex out for 96 but crumbled in the face of Harmer’s off-spin, losing their last seven wickets for 40. 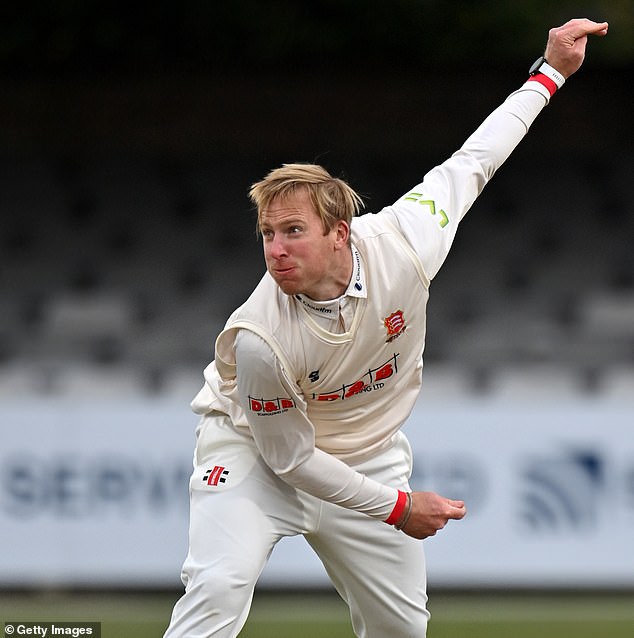 ‘We don’t often find ourselves with our backs to the wall,’ said Harmer. ‘This shows the character in the team and Essex have what money can’t buy. We find ways to win.’

James Bracey added an unbeaten 83 to his first innings century as Gloucestershire defeated Somerset to follow their opening win over Surrey. It is the first time they have won their opening two Championship games since 1931.

Bracey, a top order batsman and keeper, is seen by England as a potential Test opener or No3 and is putting pressure on Rory Burns ahead of the first Test against New Zealand on June 2. 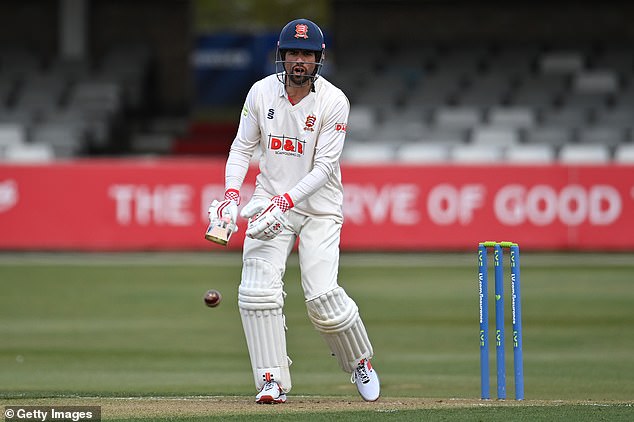 Durham had bowled Essex out for 96 before falling apart, losing seven wickets for just 40

And he could be joined in the first England team of the summer by another newcomer in Ollie Robinson, who produced an outstanding all-round display in Sussex’s eight-wicket win over Glamorgan.

Robinson, a Glenn McGrath type bowler with height and bounce, took nine for 78 as Glamorgan were dismissed for 349 to add to his four first innings wickets and 67 in the Sussex first innings. Aaron Thomason then made an unbeaten 78 as Sussex cruised home.

Tim Bresnan made an unbeaten 68 as Warwickshire chased a daunting target of 333 to edge out Notts by three wickets in a nail-biting finish at Trent Bridge.

Mohammad Abbas took nine wickets in the match as Hampshire thrashed Middlesex by 249 runs to win their opening two games for the first time since 2004.