Sir Alastair Cook is enjoying life back in the ranks at Essex so much he is preparing to play on beyond this summer’s final year of his contract.

England’s record run-scorer signed a new three-year deal with his county after he had finished his 161-Test career with a century in his final match against India at the Oval at the end of 2018.

Now, after playing a leading role in Essex’s County Championship success in 2019 and their Bob Willis Trophy triumph last year, he goes into this year’s new conference championship next week with his hunger for runs unsated. 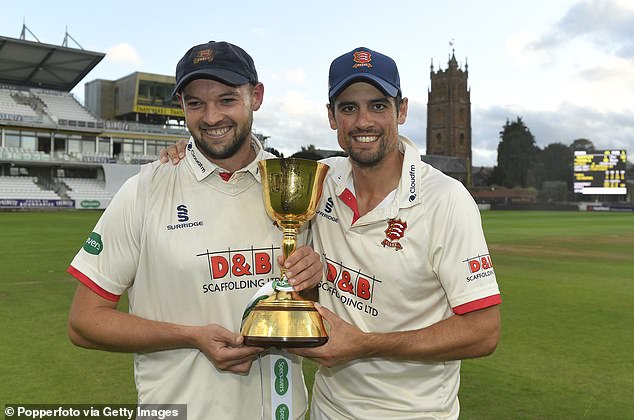 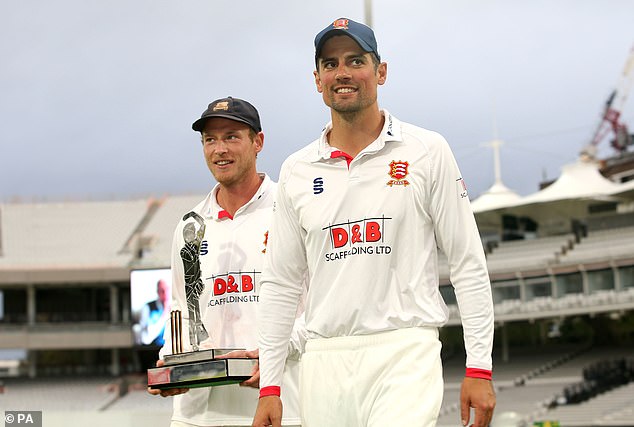 ‘I’ve enjoyed being at Essex without the real scrutiny and pressure of playing international cricket,’ said Cook. ‘In county cricket you do go back to basics in one sense, to batting and catching and remembering why you played sport in the first place.

‘I am in limbo to an extent because in three months time I could be sitting here thinking: “Do you know what? It’s time for someone else to have my place.’

‘But while I’ve still got the support of Essex and my family and if the ball is still hitting the middle of my bat more often than my pad I’ll continue.’

The former England captain realised a big ambition when he guided Essex to the title in a nail-biting decider against Somerset.

‘I had sat down with Chris Silverwood at Chelmsford and told him winning the championship was top of my bucket list,’ he said.

‘I was part of the 2017 title win with Essex but I didn’t play the whole season. So to do that in the first year after I stopped with England was brilliant. 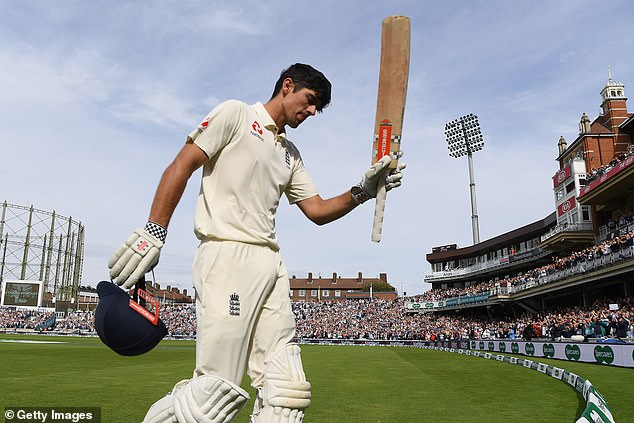 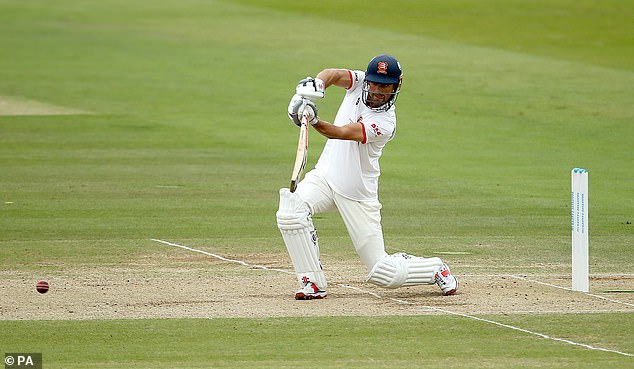 Cook, 36, says a big reason to carry on is to once again play in front of crowds after the ‘different’ experience of winning the Bob Willis Trophy behind closed doors, again against Somerset, at Lord’s.

‘You can’t buy an experience like walking out at the MCG in front of a full house,’ he added. ‘And we really missed playing in front of Essex crowds last year.

‘I think we’ll really notice it as players when fans are back and appreciate it as well.’