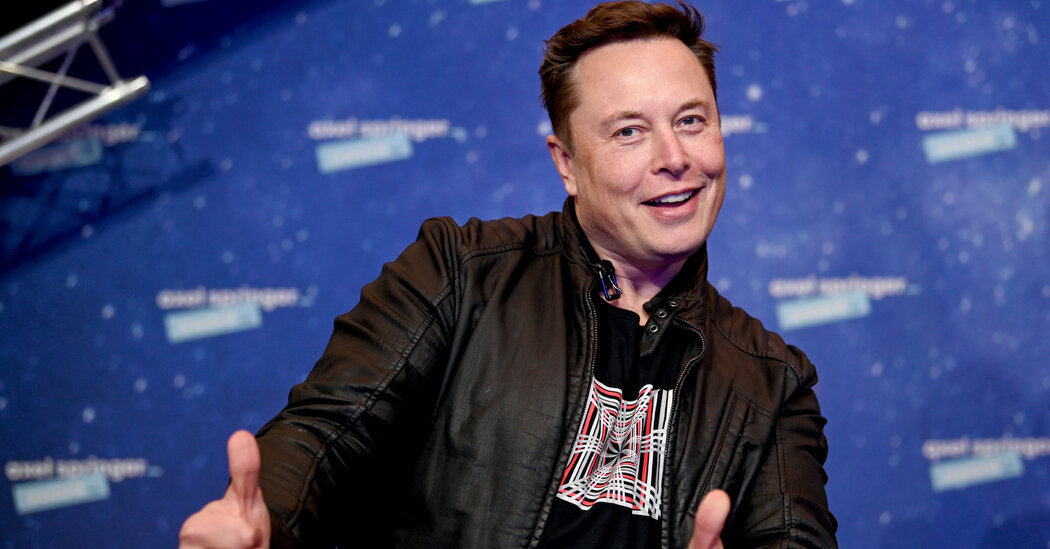 When “Saturday Night Live” announced last month that this weekend’s broadcast would be hosted by Elon Musk, the billionaire chief executive of Tesla and founder of SpaceX, the decision was widely discussed, dissected and lamented.

Musk’s fans celebrated the selection and praised “S.N.L.” for reaching outside its usual talent pool of actors, athletes and musicians.

Professional comedians and television writers criticized the show for choosing a host with few cultural bona fides and a controversial history as a businessman.

And in a digital sign of the times, some of “S.N.L.”’s own performers took to social media to express their displeasure (or, at least, their befuddlement) about Musk’s appearance on the show.

Musk, 49, is one of the richest people in the world. He is active on Twitter — sometimes to his own detriment — and he has appeared in TV sitcoms (“The Big Bang Theory”), animated series (“Rick and Morty”) and action movies (“Iron Man 2”).

But he and his companies have been for penalized for illegal labor practices, and some of Tesla’s products have come under federal scrutiny for their possible involvement in car accidents.

Musk has previously downplayed the severity of the coronavirus pandemic, and he reopened a Tesla plant in Fremont, Calif., in defiance of guidelines from health officials. More than 400 workers there tested positive for the coronavirus after its reopening, according to public health data released in March by the website PlainSite.

When Musk takes the stage in NBC’s Studio 8H this Saturday, it will hardly be the first time that “S.N.L.” has given such a prominent platform to someone who is not a professional performer, or to a celebrity who did not enjoy the universal acclaim of its viewers.

In 1990, the show was hosted by George Steinbrenner, the Yankees owner, who appeared in comedy sketches that tweaked his belligerent persona (like one in which he dreamed of himself playing every position on the team simultaneously). Rudolph W. Giuliani, then the mayor of New York, also embraced his polarizing nature when he hosted in 1997.

What is unusual, however, is the mild but public pushback that Musk has faced from some members of the “S.N.L.” cast.

Shortly after “S.N.L.” revealed that Musk would be hosting the show, Bowen Yang posted a lone frowny-face emoji on his Instagram story. Aidy Bryant took a more oblique approach, using her Instagram story to post a screenshot of a tweet from Senator Bernie Sanders in which he wrote that “the 50 wealthiest people in America in this country own more wealth than some 165 MILLION Americans,” adding, “That is a moral obscenity.”

When Musk posted on his own Twitter account, “Let’s find out how live Saturday Night Live really is,” and punctuated the remark with a mischievous emoji, Yang shared a screenshot of the tweet with the caption: “what the [expletive] does this even mean.”

Another tweet from Musk, in which he wrote, “Throwing out some skit ideas for SNL. What should I do?” caught the attention of Chris Redd. He quoted that tweet and said, “First I’d call Em sketches,” adding a cry-laughing emoji.

Andrew Dismukes went to Instagram to post a photograph of the veteran “S.N.L.” cast member Cheri Oteri, adding the caption, “ONLY CEO I WANNA DO SKETCH WITH IS Cher-E Oteri.” (Several of these social media posts have since been deleted. A press representative for “Saturday Night Live” declined to comment for this article.)

Not every cast member was necessarily opposed to Musk’s involvement. In a radio interview on Tuesday with the Breakfast Club on Power 105.1 FM in New York, Michael Che said: “I think white people just don’t like their billionaires for some reason. It’s weird, because we love our billionaires. If Oprah or Tyler Perry was coming, we’d be all excited about it.”

Che added that the disagreement around Musk’s booking was “a good thing, though — I think it means people still care about the show in some way, at least.”

Pete Davidson, also speaking to the Breakfast Club in an interview on Thursday, said that he was among the performers who attended an “S.N.L.” cast dinner with Musk this week.

“I just don’t understand why this is the dude everyone’s so freaked out about,” Davidson said of Musk. “I was like, what did he do? He’s just like a really wealthy businessman that makes, like, nerd [expletive]. He’s really nice. I’m excited.”

Looming over the Musk episode is the specter of a 2015 “S.N.L.” broadcast hosted by then-candidate Donald J. Trump as he sought the 2016 Republican nomination for president. That broadcast was criticized for papering over Trump’s offensive remarks (as when he said, at his candidacy announcement, “When Mexico sends its people, they’re not sending their best”), and some cast members later said they regretted the show.

Writing in his 2020 memoir, “A Very Punchable Face,” Colin Jost said Trump’s appearance “was a wake-up call for our show,” adding that “that episode of ‘S.N.L.’ has not aged well, politically or comedically.”

Still, as of Friday there were no clear indications that any “S.N.L.” performers planned to sit out Musk’s appearance, as when the cast member Nora Dunn and the musician Sinead O’Connor declined to participate in a 1990 episode hosted by the comedian Andrew Dice Clay. (Dunn later said that Clay’s stand-up act was homophobic and abusive to women.)

With just two shows left this season after Musk hosts, it seems unlikely that “Saturday Night Live” will face any similar firestorms before it breaks for the summer. Its remaining episodes will be hosted by the comedian Keegan-Michael Key (on May 15) and “The Queen’s Gambit” star Anya Taylor-Joy (on May 22).