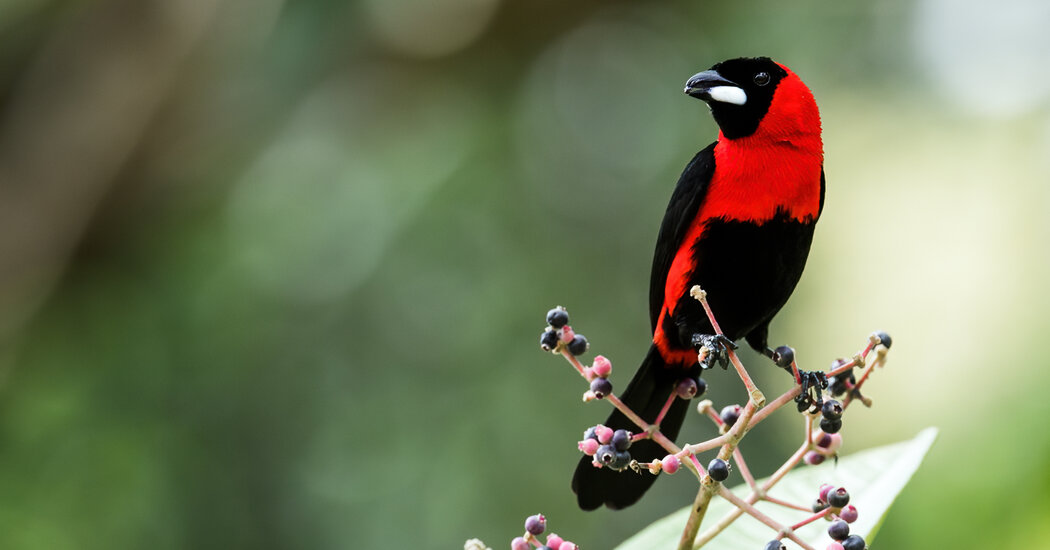 “By this theory, a bright red bird is basically shouting, ‘Look how healthy I am,’ ‘My immune system is working,’ or ‘My metabolism is working,’ or ‘I’m so healthy that I’m able to invest pigments into my feathers,’” Ms. McCoy said. “This study was our attempt to say, well, is that true? Or have males found a clever way to cheat a little bit in the game of life?”

For the new study, Ms. McCoy and her colleagues studied 20 specimens — one male and one female from each of 10 different tanager species or subspecies — in the ornithology collection at the Harvard Museum of Comparative Zoology.

Female tanagers are generally much duller than their male counterparts, an observation that the researchers confirmed with a spectrophotometer, which measures how much light reflects off a surface. The males, they found, had both darker blacks and more saturated colors than females.

They were surprised, then, when they extracted some of the carotenoid pigments from each specimen. Despite their obvious differences in appearance, males and females had roughly similar amounts and types of carotenoid pigments. “I was shocked,” Ms. McCoy said.

But a key difference emerged when they put the feathers under a high-powered microscope. The feathers of female birds were relatively simple, with cylindrical barbs emerging from the feather’s central shaft. Smaller, thinner filaments, known as barbules, branched straight off each of these barbs.

Feathers from male birds, however, had much more elaborate microstructures, with barbs and barbules that were abnormally flat, wide or oblong, or that jutted out at odd angles.

The researchers then used optical modeling software to simulate how light interacted with these unusual feather structures. The microstructures had significant optical effects, they found.