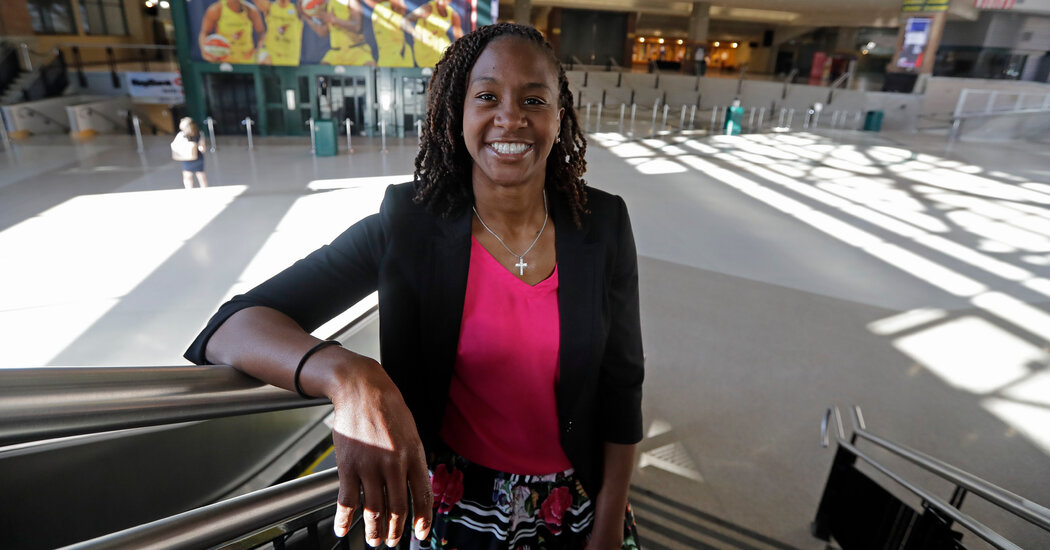 In her 2016 book, “Catch a Star,” Catchings recounted a time in elementary school when she and her sister, Tauja, were engaged in a one-on-one game in the driveway of the family’s Illinois home. Things grew heated, as they often did.

That’s when their father, Harvey, not far removed from an 11-year N.B.A. career, emerged from the house and demanded that the girls relinquish the ball. While Tauja repaired to her room, Tamika remained in the driveway, dribbling and shooting an imaginary ball — just going through “a silent drill in her head,” her mother, Wanda, said.

Harvey was incredulous. Tamika, he says now, “took it to a whole different level.”

She would, in time, lead two different high schools to state championships. She would win a national title early in her college career and a W.N.B.A. title late in her professional career. She would win four Olympic gold medals. As a pro, she would win the awards for rookie of the year and most valuable player and be named to 12 all-league first or second teams.

This weekend, in a ceremony postponed from last August because of the coronavirus pandemic, Catchings, now 41 and an Indiana Fever executive, will be inducted into the Hall of Fame as part of a heavyweight class that also includes the N.B.A.’s Tim Duncan, Kevin Garnett and Kobe Bryant.

She is the first women’s player from the University of Tennessee to be enshrined, news that gave her pause. Surely, she figured, another Lady Vol had made it, given Summitt’s success over a 38-year run that ended in 2012, four years before her death.