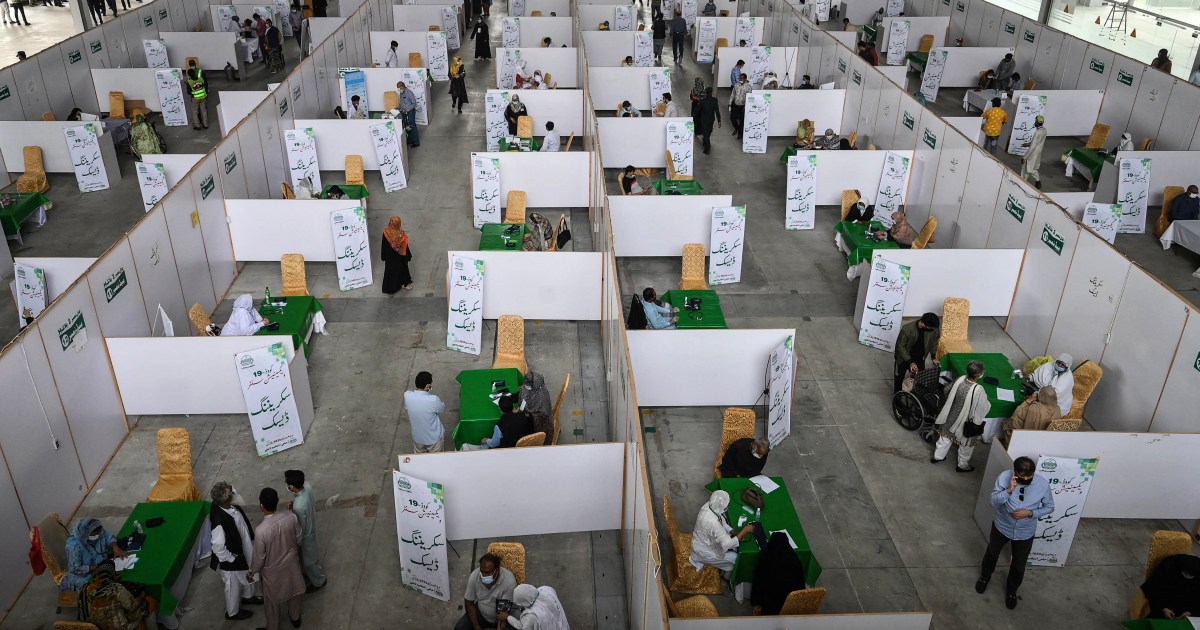 So far, most world governments have managed to weather the storm of COVID-19. Countless administrations that have been unable or unwilling to implement the necessary measures to protect their citizens from the deadly virus are still in office over a year into the pandemic. This, however, could soon change as countries have now entered a race to vaccinate their citizens against COVID-19, reach herd immunity and, finally, leave this unprecedented public health emergency behind.

Governments around the world are aware that the fastest and least-costly way out of this pandemic is through widespread vaccination and they have been under immense pressure to immunise their populations as quickly as possible since the first safe and effective vaccines were announced in November 2020.

However, rapid mass vaccination has proved elusive for many countries for multiple reasons – many of them political or even ideological rather than practical. Injustices surrounding vaccine production and distribution left many countries without sufficient vaccine doses to immunise even the most vulnerable segments of their populations. Certain countries’ efforts to engage in so-called “vaccine diplomacy” and use the vaccines they produced or acquired as a soft power tool further widened the gap between those who have access to vaccines and those who do not. The distrust in scientists and political elites, meanwhile, resulted in a growing wave of vaccine refusal, especially in the West.

If these obstacles to widespread vaccination are not rapidly addressed, new variants will continue to emerge and prolong a health crisis which already claimed more than 2.7 million lives and devastated the global economy.  The failure to reach herd immunity soon can also result in widespread political instability and the fall of several governments who so far managed to remain in office despite their many mistakes and missteps.

The “me-first” approach taken by rich and vaccine-producing countries – which make up only 14 percent of the world population – is not simply delaying vaccination but also paving the way for the emergence of variants that are less susceptible to vaccines.

Several rich nations, from the UK to Canada, have hoarded enough doses to vaccinate their entire populations several times over. Of the 225 million vaccine doses that have been administered so far, the vast majority have been in a handful of rich countries, while most low- and middle-income countries have been left to watch and wait.

According to the general director of the World Health Organisation (WHO), Tedros Adhanom Ghebreyesus, this approach is not sustainable because it permits the virus to spread and mutate in regions that do not have access to vaccines, which could undermine the efficacy of existing vaccines everywhere. Pharmaceutical companies and Western governments have blocked proposals to waive patents for the vaccines, making it even more difficult for many low- and middle-income countries to immunise their citizens.

The rich countries’ tendency to use their surplus vaccine doses to reinforce their own foreign policy agendas is also hindering efforts to reach global herd immunity through vaccination. Israel, which only recently started inoculating Palestinians living under its occupation, for example, sent thousands of doses exclusively to countries that support its ongoing bid to have Jerusalem recognised as its capital by the international community. Such acts of so-called “vaccine diplomacy” do little to expand vaccine access to all those in need and, instead, leave the globe’s least politically connected, and vulnerable, nations to fend for themselves.

Meanwhile, vaccine hesitancy is growing in many countries and raising serious questions about their ability to reach herd immunity anytime soon. The problem is particularly severe in the West. Nearly four in 10 people in France, more than 25 percent of those in the US, and 23 percent in Germany say they definitely or probably will not get vaccinated against COVID-19, according to a survey conducted by Kantar Public in January 2021.

This hesitancy is a result of the growing lack of trust in political and scientific elites, as well as cultural backsliding caused by social media. Social media has tricked many into believing that traditional vectors of authority and legitimation are no longer useful in interpreting facts. Information is no longer passing through trusted filters of mediation before reaching the public, instead, it is being immediately serviced to the masses through social media. Facing a torrent of unverified and un-collaborated information in need of interpretation, people easily fall victim to confirmation bias, conspiracy theories and fake news in their efforts to not blindly follow elites who they believe have hidden ideological agendas.

The illusion of ideological transparency these technologies provide is responsible for the distrust espoused by many about the efficacy of vaccines that have been approved by government health agencies and the WHO. Anti-vaccination activism operated at the fringes of political society for a long time. But as the pandemic heightened suspicions and fears about the actions of Big Pharma and political elites, these groups who have long been using social media to spread their message have emerged as important players in the global fight to end the pandemic.

The prejudices against vaccines that were developed in non-Western countries is another major obstacle in front of global vaccination efforts. Many across the world, and especially in the West, say they would refuse any vaccine that has not been developed by a Western nation/corporation.

This prejudice is based not only on the authoritarian nature of these governments, as many believe, but also the still-prevalent ideology of Western superiority. According to recent polls, the majority of American and European citizens are more inclined to use Western vaccines simply because they perceive them as superior regardless of scientific evidence.

Even though China and Russia started inoculating their citizens last year before publishing the efficacy results from their phase 3 clinical trials, which inevitably raised legitimate concerns, these vaccines have since been proven safe and efficient. The medical journal The Lancet published in February results from late-stage trials showing that Sputnik V, the Russian vaccine, has an efficacy rate of 91.6 percent. At least twenty-five countries around the world, meanwhile, have approved and are administering Sinopharm, one of the Chinese vaccines, with seemingly successful results.

This conviction in Western scientific and technological superiority is so established that it does not seem ideological any longer. The Western nations have become so consumed by their perceived superiority that they cannot even imagine non-Western success in vaccine development. Moreover, this unfounded notion, which has its roots in centuries of colonialism and the Cold War, has also influenced public attitudes in some non-Western countries and led to unfounded suspicions about the vaccines that are currently available for use there.

If we are to end this pandemic, we must perceive and confront the hidden ideology of Western superiority as a crucial obstacle to mass vaccination. We must also acknowledge how the breakdown of the interpretation of information marshalled by fringe political actors on social media is turning the masses against safe and efficient vaccines.

Initiatives such as the WHO’s global programme COVAX – which aims to provide equitable COVID-19 diagnostics, treatments, and vaccines to poorer countries – cannot succeed if the international community ignores or fails to address these issues.

We can only move beyond this pandemic and avoid further loss of life and economic devastation if we commit to vaccinating as many people as possible, as fast as possible, in every corner of the world. Political leaders, and especially those from rich and vaccine-producing countries, need to understand this fact. If they continue to allow hidden ideologies and social media misinformation campaigns to hinder vaccination efforts, they would be putting at risk the health and wellbeing of not only their own citizens but the entire global community.