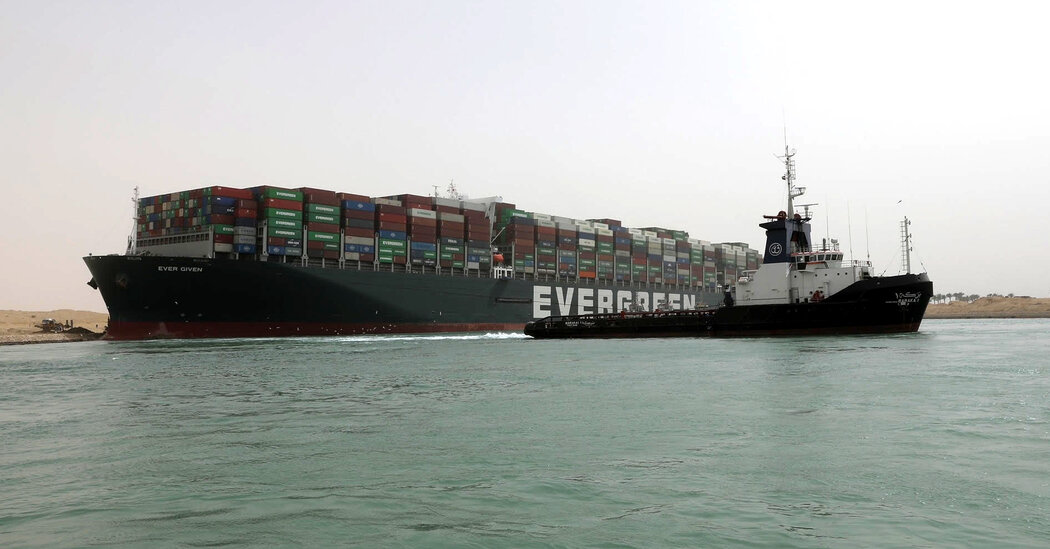 At another time, the blocking of the Suez Canal by a container ship might have sent oil prices soaring. But the reaction has been muted on this occasion because the market was in the midst of pulling back after hitting its highest levels in more than a year in mid-March.

So far, the oil market has largely shrugged off the interruption of traffic through the canal, which has been blocked since Tuesday when the massive vessel, the Ever Given, became stuck.

Analysts say the problem is unlikely to alter more important fundamentals, including worries that an economic recovery from the pandemic may be slower than expected, and a realization that huge volumes of additional oil supplies could eventually come on the market from the Organization of the Petroleum Exporting Nations and other producers.

Prices for Brent crude, the international benchmark, fell by 2.65 percent on Thursday to $62.70 a barrel after rising on Wednesday. Essentially, analysts say, the Suez situation is providing a short-term cushion for a weak market.

“The oil market is aware that the Suez incident is a one-off boost and will be resolved sooner or later,” said Bjornar Tonhaugen, head of oil market research at Rystad Energy, a consulting firm. Of course, if the bottleneck persists, shipowners and their clients will need to ponder whether to continue waiting at the entrances to the canal or turn around and head for the Cape of Good Hope at the tip of Africa, adding weeks to the trip.

Nevertheless, the blocked canal is a major inconvenience with around 30 fuel-carrying ships either waiting to cross the canal or approaching it. According to Kpler, a market research firm, the tankers include a vessel bringing crude from Basrah in Iraq to Spain for Repsol, the Spanish oil company; and another chartered by Chevron, the American giant, headed toward China with crude from Kazakhstan.

“There will be refineries and product consumers who will experience some short-term problems,” said Alex Booth, head of research at Kpler.

On Thursday, tugboats and dredgers were trying to dislodge the vessel, which ran aground during a sandstorm on Tuesday. The company working on the operation said it could take days or even weeks to remove it.

According to Kpler, the tankers that are likely to be delayed hold 8.8 million barrels of crude oil, a little less than one-tenth of a day’s global consumption and worth about $550 million at current prices. There also 15 vessels carrying various petroleum products like jet fuel and gasoline and five giant carriers of liquefied natural gas.