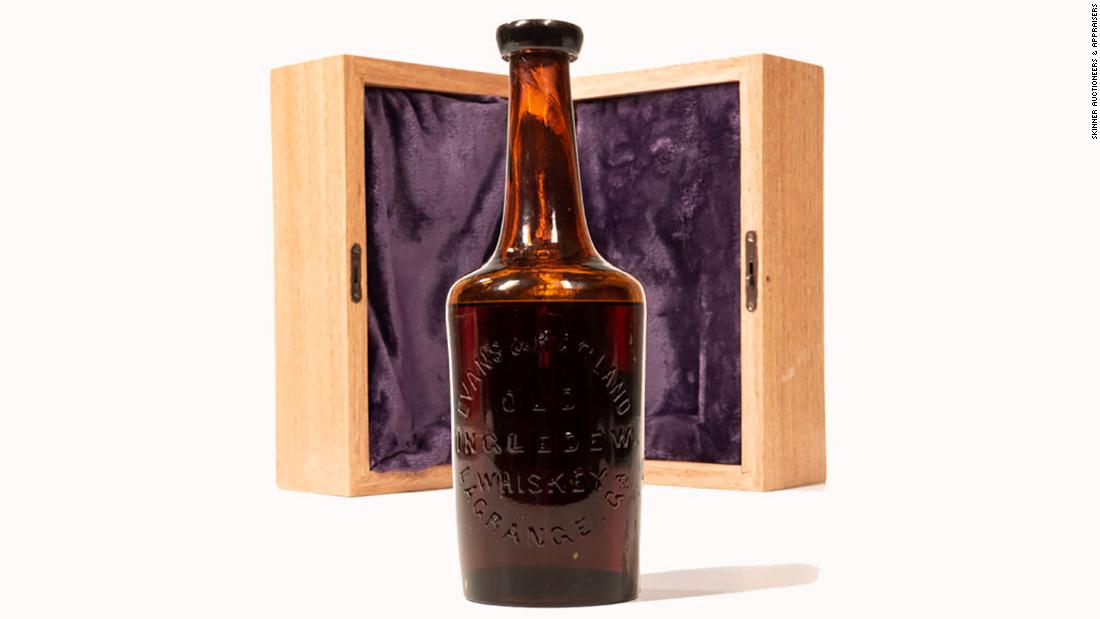 A historic bottle of whiskey can soon be yours — if you have tens of thousands of dollars to spare.
The whiskey, bottled in LaGrange, Georgia, is about to go up for auction. The Old Ingledew Whiskey is believed to be the oldest known whiskey in existence, according to Skinner, which is facilitating the auction.

Carbon 14 dating done in conjunction with the University of Georgia indicates the bourbon was likely produced between 1762-1802, around the time of the Revolutionary War and the Whiskey Rebellion, officials said. It’s not clear where it was produced.

Skinner’s rare spirits expert, Joseph Hyman, said in a statement the whiskey “is thought to be the only surviving bottle of a trio from the cellar of J.P. Morgan gifted in the 1940s to Washington power elite.”

Financier John Pierpont Morgan reportedly bought the bottle during one of his frequent visits to Georgia, Skinner said. It is believed to have been bottled in LaGrange in the 1860s, according to the auction house, which said it was standard practice to store spirits in demijohns after being aged in oak barrels.

Jack Morgan, later gifted the bottle up for auction to James Byrnes of South Carolina and two sister bottles to Franklin D. Roosevelt, a distant cousin to Morgan, and Harry S. Truman in the early 1940s.

Byrnes gifted the bottle to a close friend and neighbor, Francis Drake, whose family safeguarded the bottle for three generations, according to the press release.