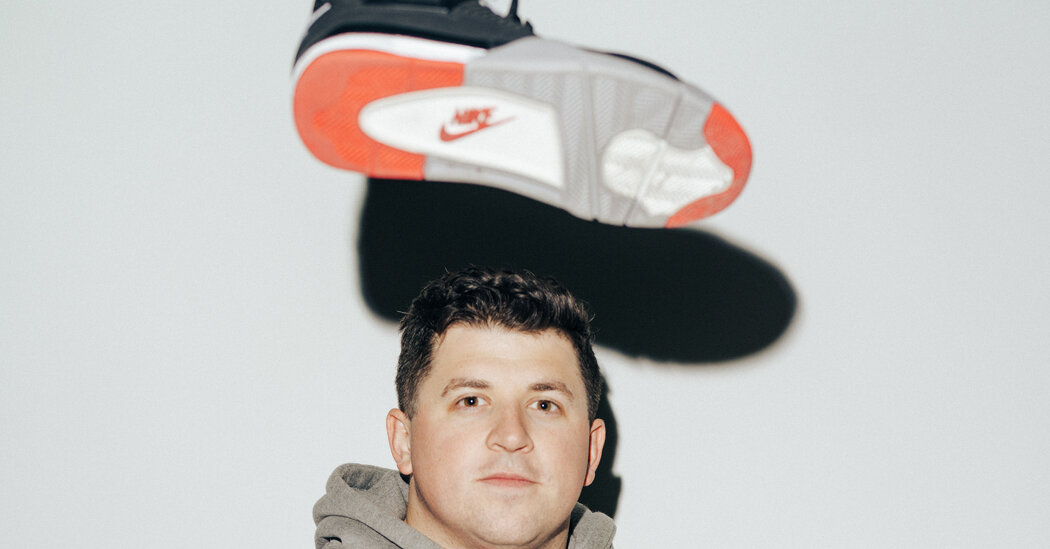 Ben Kirby started the Instagram account @preachersnsneakers as a gag in 2019. Mr. Kirby, then a 29-year-old MBA student and former Marine, had no idea that the result — images of megachurch pastors decked out in designer gear, juxtaposed with the price tags of their clothes and shoes — would ignite a widespread conversation about materialism in the church.

Two years later, Mr. Kirby is still fanning the flames. He has sold hoodies, hats and T-shirts branded with the PreachersNSneakers logo, briefly ran a Patreon platform, currently hosts a podcast, and now has a book “PreachersNSneakers: Authenticity in an Age of For-Profit Faith and (Wannabe) Celebrities,” to be released on April 27.

A meditation on celebrity and wealth from Mr. Kirby’s perspective as a sneakerhead and a Christian, it will likely provoke still more questions, including ones about his own ability to make money by questioning the relationship of the church to money. But it’s OK. He’s more than ready to talk.

Why do you think your account, which links expensive sneakers to religious leaders, has struck such a chord?

The price tags made it tangible, and the timing coincided with celebrity pastors and Christian celebrities coming to the forefront of the news cycle. It quickly became about more than sneakers because this conversation concerns all different types of people. Atheists and agnostics are mad about pastors who seem to be grifters. Some churchgoers see it as a dilution of the gospel by putting the focus on production value, brands and good looks. And then the fans of these leaders feel strongly that they’ve changed lives, so they don’t want to see them ragged on.

What does fashion have to do with being a spiritual leader?

The pastors are trying to create an environment that’s inviting to people who previously wrote church off, to create a space that says: “There are people making following Jesus cool! Look at Justin Bieber and Kanye — they’re professing Christians. We’re going to dress the same way so that we can build off this momentum.”

Is there a disconnect between wearing expensive clothing and the central message of Christianity?

I don’t think there’s anything wrong with dressing in a way that’s culturally relevant, but the price tags make it messy. To me, it says that the best believers are put together or attractive or have had enough “favor” from God that they can afford nice clothing. That was never part of Jesus’s message. For followers who are struggling financially — as in, “Am I going to have food tonight?” or “How do I pay my light bill?” — they’re looking for real solutions, and gaudiness and high production value don’t serve that.

Is it accurate to describe these pastors as influencers?

The term influencer brings with it “here’s my skin care routine” connotations, which I’m sure none of them would choose as their number one descriptor. But the role of a pastor is to influence the spiritual aspects of people’s lives. So it makes sense that they would influence, even if passively, their followers’ fashion and entertainment choices, political leanings — all that kind of stuff. Their reach is so huge, and people see them as wise people who make good decisions. That’s a powerful co-sign for a brand.

Traditional fashion influencers are gifted lots of product, and some of the pastors you post about have said they’re wearing gifted items to explain how they can afford such expensive stuff. Is it the brands giving them product?

Sometimes, but more often than not, people in their church give them stuff. Or they’ll give each other these things. They’ll pay another pastor an honorarium to come speak at their church, but they’ll also give him dope sneakers.

It can also come from their celebrity friends. Justin Bieber used to go with his pastor friends to department stores and tell them to pick out whatever they wanted. And for the guys who have a pro athlete with sponsorships in their congregation, it’s nothing off that athlete’s back to give their pastor a bunch of free Nike stuff.

Sightings of these pastors with the Biebers, Kanye West, Selena Gomez and the Kardashians are part of what’s landed them in the spotlight. How do fame and spiritual authority get intertwined in American culture?

If you’re effective as a pastor and you help people in high positions, they’re going to want to reward you. Bieber has posted about Hillsong conferences or what Zoe Church was doing in the past. To pay to get exposure on Bieber’s page would cost hundreds of thousands of dollars. But if you’re their personal pastor, you benefit from the celebrity’s reach for your thing, whether it be a conference or a book or whatever.

On the flip side, when Kanye said, “I’m a born-again Christian,” he immediately ended up on Joel Osteen’s stage, preaching and going on nighttime television with his beliefs. If I had a friend become a Christian, I would never, ever put them on a global stage the next week to start talking about their beliefs because it takes time to become spiritually mature. At that point you haven’t had enough experience to crystallize what you actually believe and how to communicate that.

You describe creating a brand as “distinguishing oneself from the pack.” Why is that a potentially problematic thing for a pastor or church?

I think brands in and of themselves are amoral. But in the context of a church, is it OK to create a specific brand that’s like “we wear this logo because we all worship Jesus in this certain way”? That excludes people who don’t feel cool or attractive enough to worship there. I can’t say that every church brand is problematic, but I think it’s worth questioning.

Are there pastors you think have struck the right balance?

God made humans able to create and appreciate art. Fashion can be part of that, and I think there’s a way to appreciate fashion without going overboard. It’s about balance. If you’re buying everything at H&M, you’re probably promoting fast fashion that isn’t exactly helpful to the world. But $5,000 for a jacket is extreme in the other direction.

The guys that seem to be doing it well are dipping their toes in minimalism, like John Mark Comer, pastor of Bridgetown Church, and Ben Stuart, pastor of Passion City Church. They look good, but they’re not flashy and aren’t promoting any brands. They don’t look like stuffy Southern Baptist pastors from the 1990s. They seem approachable, intelligent and aware of modern culture.

It caused my wife and I to audit everything about our lives: where our money is going, what we’re buying, why we’re buying it. If you ask for change from a pastor, or want them to sell a piece of clothing for the benefit of the poor, it forces you to contend with your own life.

This interview has been edited and condensed.