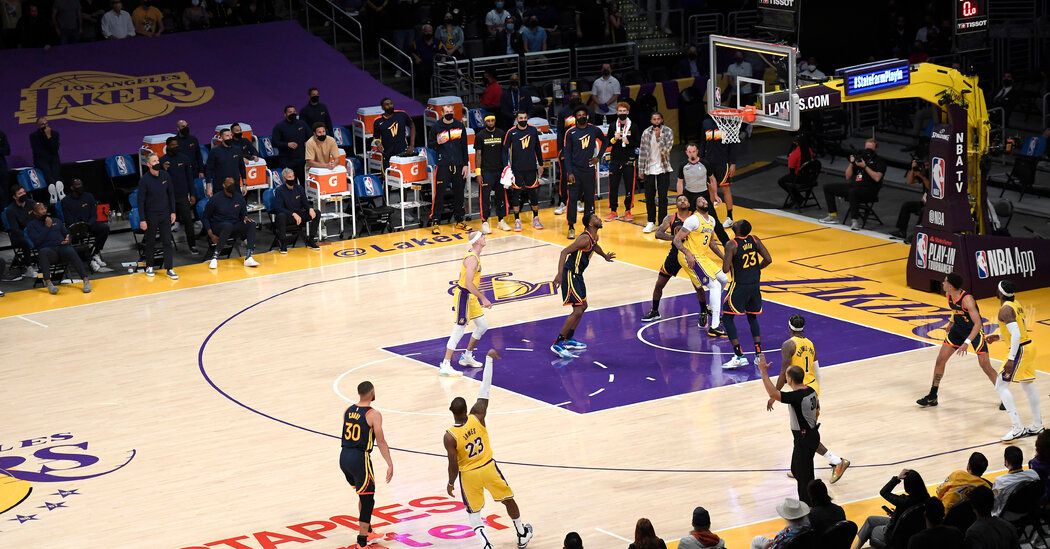 And this time, they played against the league’s youngest team, the Memphis Grizzlies, with everything on the line. The winner would advance to the playoffs. The loser, to vacation.

Curry claims to be 33. Maybe he’s fooling us. Coming off an M.V.P.-caliber regular season in which he led a hobbled, patchwork team to the league’s most improved record, he barely took a breather. True, there were signs of fatigue. His slow walk during breaks in action. The occasional slump of his shoulders. The slight hint of bewilderment in his face as he endured another night of battering from swarming defenders.

And yet he scored 39 points and willed his team from a 17-point deficit to force an overtime.

The narrative, so said almost every pundit, would belong to Curry and the Warriors in the end. Ja Morant had other ideas. Memphis’s 21-year-old, catlike point guard outdueled Curry. Normally underwhelming from long range, Morant made five of his 10 3-point attempts. And when it counted most, in the last two minutes of overtime, he showed why he is one of the brightest young stars in the league, ready to emerge from the shadow of Zion Williamson, who was taken one spot ahead of Morant in the 2019 N.B.A. draft. Morant finessed his way past the Warriors’ defense in the last gasps of overtime and sank a pair of deft push shots to seal a Memphis win, 117-112.

Many lament that Curry, global icon, will not be a part of a playoff run. Many still grouse about the play-in tournament, claiming it is unfair or that it cheapens the regular season. Remember when James said, seemingly only partly in jest, that the N.B.A. official who drew up the tournament should be fired? Considering the feast the games provided as an appetizer to the main course — and, of course, the high television ratings — the criticism seems silly now.

Sure, we don’t have Curry and the Warriors in the playoffs, but what fun is sport without surprises and novelty? What would the N.B.A. be without the steady emergence of fresh talent like Morant and his cast of young Grizzlies teammates, who now must prove themselves anew in their first-round playoff series against the Utah Jazz, holders of the league’s best record, which began Sunday night?