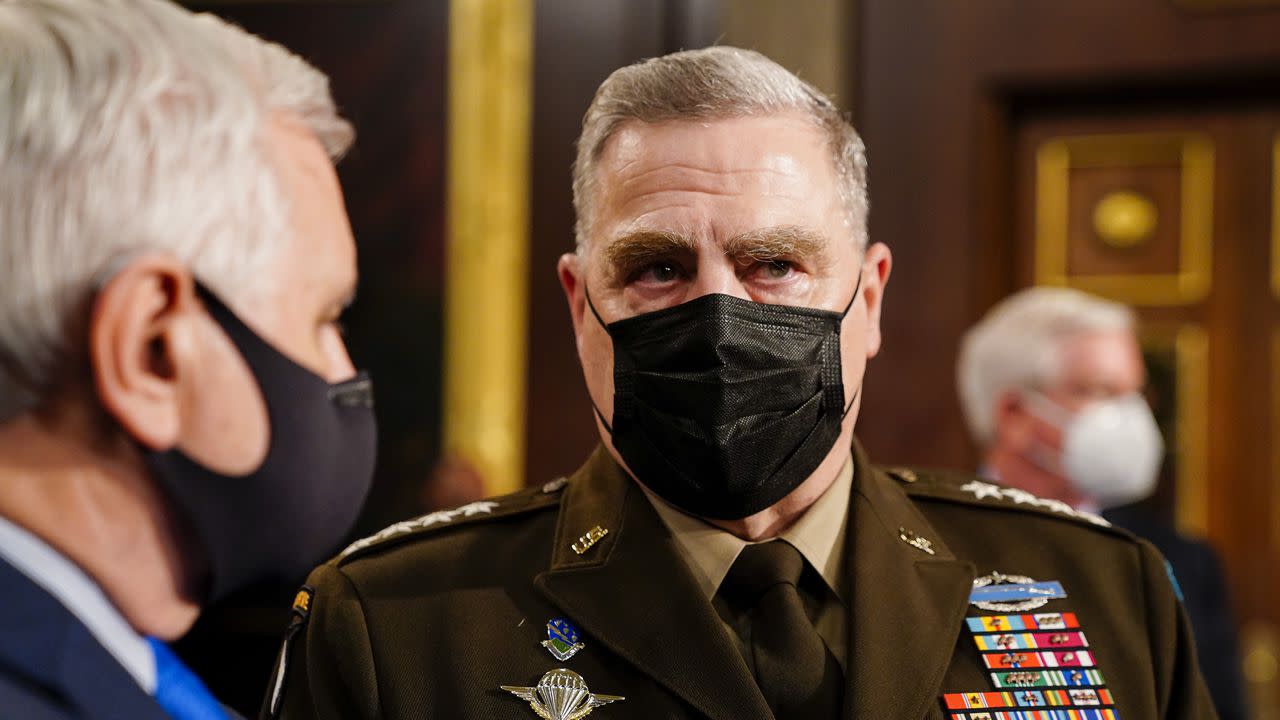 Republicans Are Being Lured into an Infrastructure Trap

The Washington Post informs us today that Democrats are open to concessions on their infrastructure bill. And isn’t that generous? Joe Biden, the Post says, is even willing to break up his $2.3 trillion boondoggle-to-be into smaller, more palatable bills for the moderates — even if it only attracts “a handful of Republicans.” Democrats, explains the Post, “are hunting for a framework to sell the infrastructure proposals that doesn’t sound too liberal,” hoping to entice centrists by framing the bill as “bold moderation.” Well, as long as it doesn’t sound too liberal, that’s what’s important. Why would any sentient conservative participate in this deception? Biden’s bill has as little to do with genuine infrastructure as his COVID-relief bill had to do with the pandemic. Approximately 7 percent of spending in the bill is aimed at boosting roads and bridges, or projects traditionally viewed as infrastructure by the public. Besides, are conservatives interested in further nationalizing green policy, or building more useless choo-choo-train tracks, or bailing out unions again? Are they interested in continuing to participate in the creation of bloated spending baselines? As it is, the United States already spends somewhere around $440 billion each year on infrastructure. Senate GOP leader Mitch McConnell now says “zero” Republicans back the plan in its current form but has opened the door to a smaller plan. However, Republicans have no civic duty to negotiate or pass leftist indulgences — or anything — incrementally or otherwise. These partisan debates are usually unfurled in the same dishonest way: Democrats stake out a position and offer some colossal “reform” to tackle the alleged emergency. The establishment media, circumventing the debate over whether such interventions are necessary, frame the issue in liberal terms and infuse it with liberal assumptions. Bridges are falling down, you know. When conservatives balk, they’re cast as recalcitrant nihilists or professional obstructionists. Pieces about the corrosive state of “gridlock” — measured by the ratio of progressive-policy-agenda items proposed to the number of progressive-policy-agenda items passed — are sure to appear. Why don’t Republicans have their own plan for this issue that Democrats have decided is important? they ask. Of course, while progressive issues are always ripe for compromise, conservative ideas remain “controversial.” Things you will never hear: The United States has far too many laws inhibiting the rights of law-abiding gun owners. When will Democrats finally propose their own national concealed-carry reciprocity plan? Social Security is unsustainable in the long term, and in desperate need of reform. How many generations must we wait for Democrats to act on a choice-based retirement plan for young Americans? Our educational system, under the thumb of teachers’ unions for decades, is failing the poor and minorities. Will Democrats join moderate Republicans in passing piecemeal legislation that allows parents to choose their kids’ educational journeys? And the border? What a demonstrable mess. We need a wall and a deep lava moat. Though I’m sure Republicans would be willing to drop the moat thing to gain a handful of Democratic votes. Indeed, the next time there’s a Republican president, they should propose $10 trillion in across-the-board tax relief but then compromise by lowering it to $2 trillion — in the name of “bold moderation,” of course. No Democrat would fall for such deceit. And when Donald Trump proposed his tax cuts, no one lamented the fact that Democrats weren’t negotiating on how low the rate should be set. The debate pit two distinct visions against each other. If there is a fundamental disagreement on the aim of policy, there is seldom any room for genuine compromise — and that’s fine. The Post reports that Senate Democrats have adopted the mantra, “slow, steady, and piecemeal,” to signal their willingness to pass smaller “bipartisan” bills, “even if that doesn’t square neatly with Biden’s initial vision of immediate transformational change.” If nothing else, conservatism should be a movement that perfunctorily and energetically opposes “immediate transformational change.” And most of Biden’s plans, whether in chunks or in whole, are radical in both size and scope — and framing them in (oxy)moronic terms like “moderate radicalism” doesn’t change anything. The power imbued in the minority to stop extortionate generational bills — the cost now estimated somewhere over $6 trillion — is just as valid as the power the majority uses to propose them. There’s nothing saying Republicans have to help pass passion projects masquerading as an “infrastructure” bill simply because Biden fashions himself the modern FDR. In fact, that is only more reason to stop him.