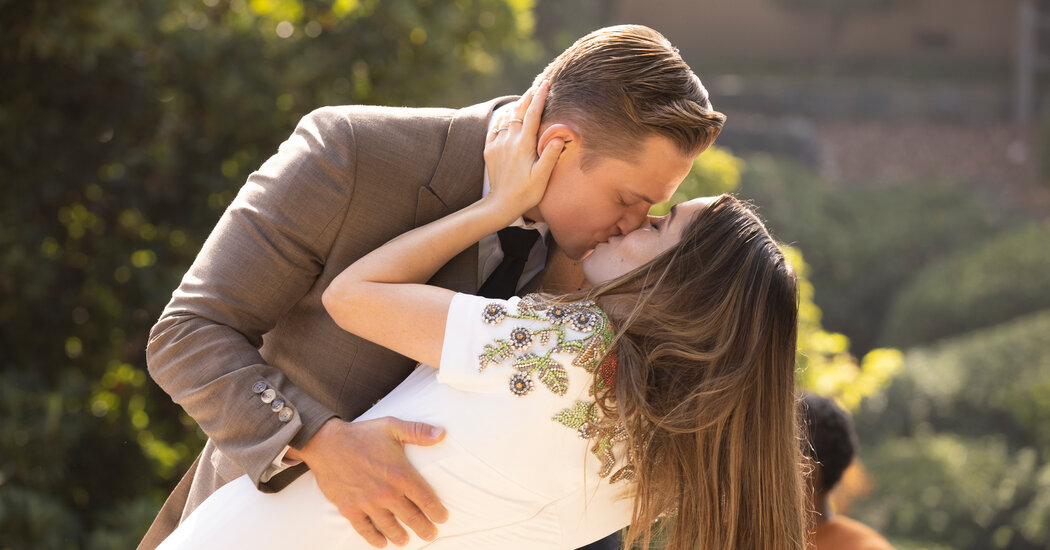 It is radical, at least in a structural sense, to take the endpoint of so much other entertainment — finding true love — and make it the starting line. But “The One” and “Soulmates,” which was renewed for a second season, don’t feel radical. They feel like vacations where it rains every day. That’s in part because the target of their cynicism is so huge and neon obvious. Big Tech might not know what’s best for us? A microchip doesn’t guarantee domestic bliss? You don’t say. These shows elide the idea that there might be many ones and multiple soulmates. They also mostly ignore the contrariness of human psychology and how we often don’t want what or whom we should. I remember the dinner dates of my 20s, with appropriate and eligible men — dates spent wondering how deeply I would have to stab myself with a fork just to end them early.

“Made for Love” traffics in the same Big Tech contempt. Billy Magnussen’s Byron, a Jobsian savant, believes that he has optimized his relationship with his wife, Cristin Milioti’s Hazel, using tech to perfect sleep, exercise, nutrition, even her orgasms. Then again, the microchip actually helps: It’s only through losing her, and seeing the world through her eyes (literally), that he comes to know her at all. Still, there’s a low-tech workaround for that — baseline empathy.

A side-effect of all this tech: It debunks television’s other attempts to hack, short-circuit or otherwise disrupt the mess and hassle of courtship. In theory, reality shows like “The Bachelor” and “The Bachelorette” preselect ideal candidates. (In practice, they do a subpar job of screening for racism and secret girlfriends.) Few marriages result. Last year, “Indian Matchmaking,” a Netflix series that caused a brief sensation, seemed to offer a time-tested methodology. None of its participants are still together.

If the science in “The One” or “Soulmates” were real and effective, we could all live like medieval princelings, betrothed pretty much from birth. Or in a “Made for Love” world, we could use wearable tech to merge with any available beloved. Our romantic lives would be effortless, frictionless. No frog. All prince.

But love is more than biometrics and compatibility questionnaires. Dating the wrong people teaches us something about who we are and what we desire and how to behave when a right person texts us back. Because it isn’t so easy to fall in love and stay there. It takes work and time and some degree of self-knowledge and a consistent practice of compassion. There’s no app for that. Yet. Maybe that’s a good thing.