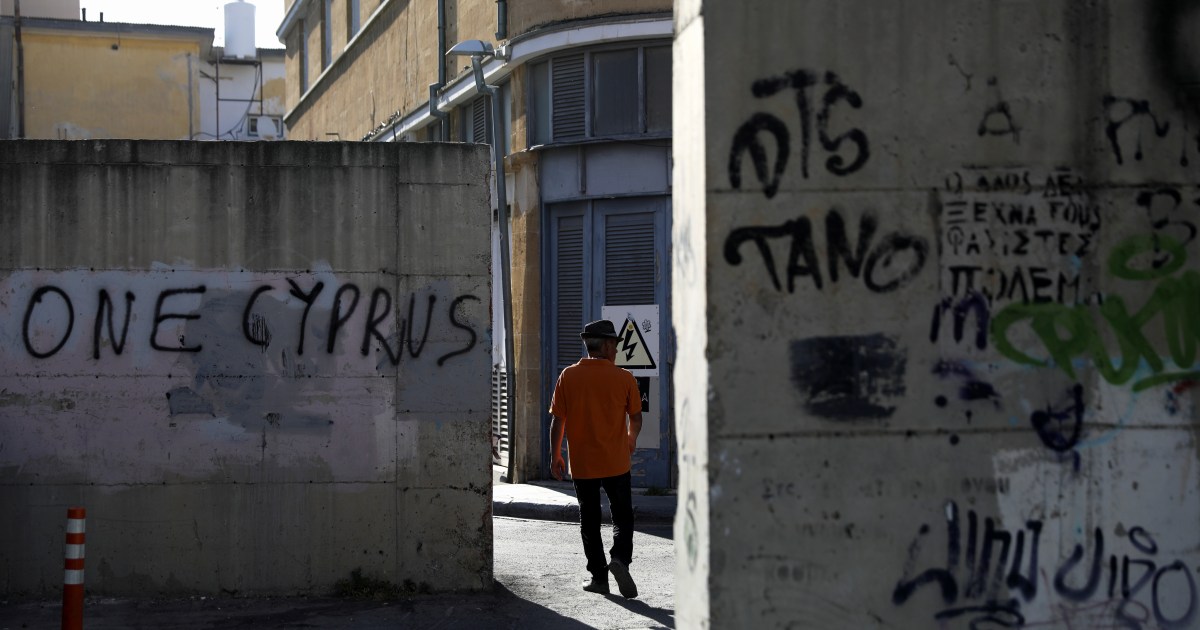 Antonio Guterres is hosting discussions in Geneva this week on the divided island’s future after a four-year hiatus.

United Nations Secretary-General Antonio Guterres says he is being “realistic” about the prospect of progress during key talks on reunifying Cyprus, and urged Greek and Turkish Cypriot parties to “be creative” in their approach.

The Geneva-based meeting over the divided Mediterranean island’s future will begin later on Tuesday.

Guterres invited officials of the two communities in Cyprus, as well as the foreign ministers of Greece, Turkey and the United Kingdom – a former colonial ruler in Cyprus – to attend in an effort to resume peace negotiations that collapsed in mid-2017.

Discussions are anticipated to last three days and could lead to formal negotiations.

Guterres will first hold bilateral meetings between the two island communities, followed by talks with all parties on Wednesday.

“The purpose of this informal meeting will be to determine whether common ground exists for the parties to negotiate a lasting solution to the Cyprus issue within a foreseeable horizon,” Guterres’ spokesman Stephane Dujarric told reporters hours before the talks were set to begin.

“The parties are welcome to be creative and the secretary-general will be encouraging them to use diplomatic language in a sincere and frank manner. The reason he is inviting them is to see if there is a common vision for the future.”

Cyprus was split between a Greek Cypriot south and a Turkish Cypriot north in 1974.

Previous talks on reunification under a federal umbrella, as called for in UN resolutions, have failed.

Turkey and the Turkish Cypriot leadership, which is headed by Ersin Tatar and allied with Ankara, have dismissed further discussions about a federation-based accord as a “waste of time” because nearly five decades of negotiations on that model have gone nowhere.

Instead, they have proposed what is essentially a two-state model that Greek Cypriots have in turn said they would not accept because it would legitimise the country’s partition.

The breakaway Turkish Cypriot enclave set up after a Turkish military invasion is recognised only by Ankara, while the Greek Cypriot administration is internationally recognised as the government of Cyprus.

That invasion came after a coup that sought to join the island to Greece.

The conflict has stoked wider tensions between NATO members Turkey and Greece, including over hydrocarbon resources.

Prior to Tuesday’s meeting, Tatar said he hoped his proposal for a two-state solution would bring a “new vision” to this week’s discussions despite Greek Cypriots having already rejected that idea.

“I’m going there [Geneva] to put forth my new vision. My new vision is two sovereign states living side-by-side in a good, neighbourly relationship, to cooperate in any way, to promote welfare for all Cypriots,” Tatar told Reuters in a Skype interview on Monday.

“When I say two states, I obviously mean the recognition of the Turkish Cypriots,” he added. “We are as sovereign as the Greek Cypriots.”

If the Greek Cypriot side rejects the two-state formula, Tatar said he would continue to make the case, together with Ankara, for the sovereignty of the Turkish Republic of Northern Cyprus (TRNC).

Cyprus government spokesman Kyriakos Kousios declined to comment on Tuesday on his expectations for the upcoming talks when asked for comment by Reuters.