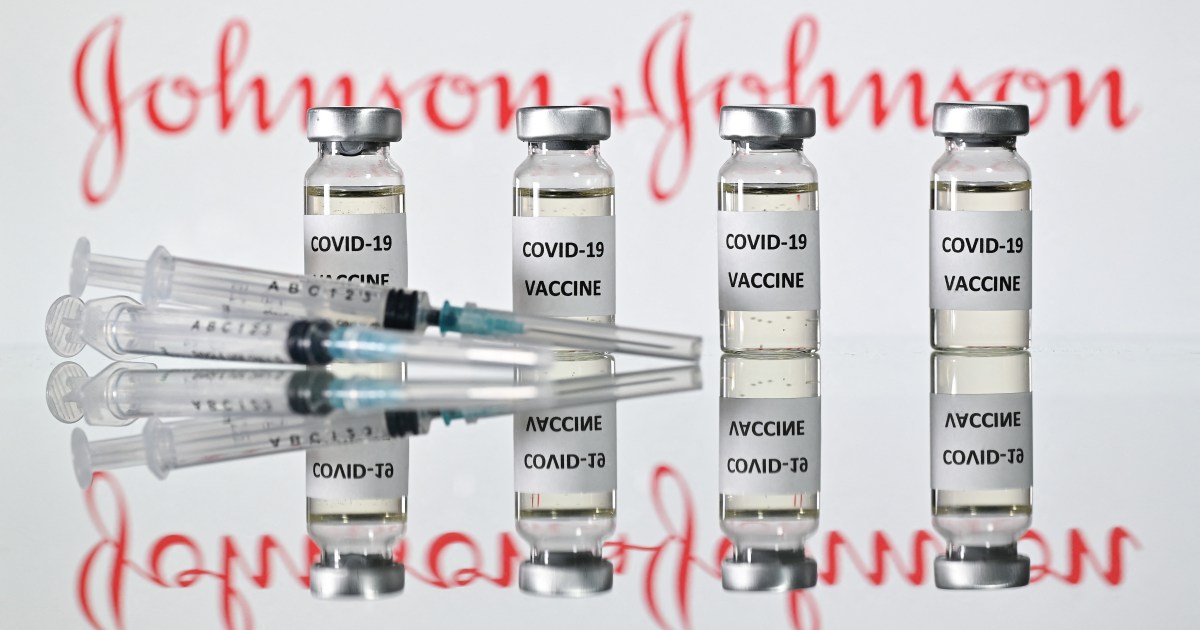 A Centers for Disease Control panel says despite the rare risk of blood clots, the vaccine’s suspension should be lifted.

A US health panel said Friday it is time to resume the use of Johnson & Johnson’s COVID-19 vaccine, despite a very rare risk of blood clots.

The recommendation from the Centers for Disease Control and Prevention (CDC) paves the way for J&J’s shot to begin going into arms again in the United States after regulators paused its use earlier this month to review reports of rare but serious blood clots associated with low blood platelets.

Advisers to the CDC said Friday the vaccine’s benefits outweigh that serious but small risk – especially against a virus that is still infecting tens of thousands of Americans every day. The government will rapidly weigh that recommendation in deciding the next steps.

Top health officials have said they hope for a quick return to the vaccine’s use.

“The benefits do clearly outweigh the risk from a population and individual perspective,” said Dr Beth Bell, a member of the advisory panel and a clinical professor in the department of global health at the University of Washington in Seattle.

“It’s a new risk. It’s admittedly an extremely small risk and smaller than many other risks that we choose to take every day,” she added.

“The Committee’s recommendation is an essential step toward continuing urgently needed vaccinations in a safe way for millions of people in the US,” said J&J’s Chief Scientific Officer Paul Stoffels in a statement.

He added that the company will continue to work with the CDC, FDA and health authorities in Europe “to ensure this very rare event can be identified early and treated effectively.”

Out of nearly eight million people vaccinated before the US suspended J&J’s shot earlier this month, health officials uncovered 15 cases of a highly unusual kind of blood clot, three of them fatal. All were women, most younger than 50.

The CDC and Food and Drug Administration (FDA) initially spotted six people who developed such clots one to three weeks after their J&J vaccination, including one death. The probe then widened as the government received what Walensky called “a handful” of additional clot reports including a death that state officials say is being investigated in Oregon.

The needle-in-a-haystack reports raised alarm because European regulators already had uncovered similar rare clots among recipients of another COVID-19 vaccine, from Oxford-AstraZeneca. The AstraZeneca and J&J shots, while not identical, are made with the same technology.

European scientists found clues that an abnormal platelet-harming immune response to AstraZeneca’s vaccine might be to blame – and if so, doctors should avoid the most common clot treatment, a blood thinner called heparin.

That added to US authorities’ urgency in pausing J&J vaccinations so they could tell doctors how to diagnose and treat these rare clots. Several initial patients were treated with heparin before anyone realised it might harm rather than help patients.