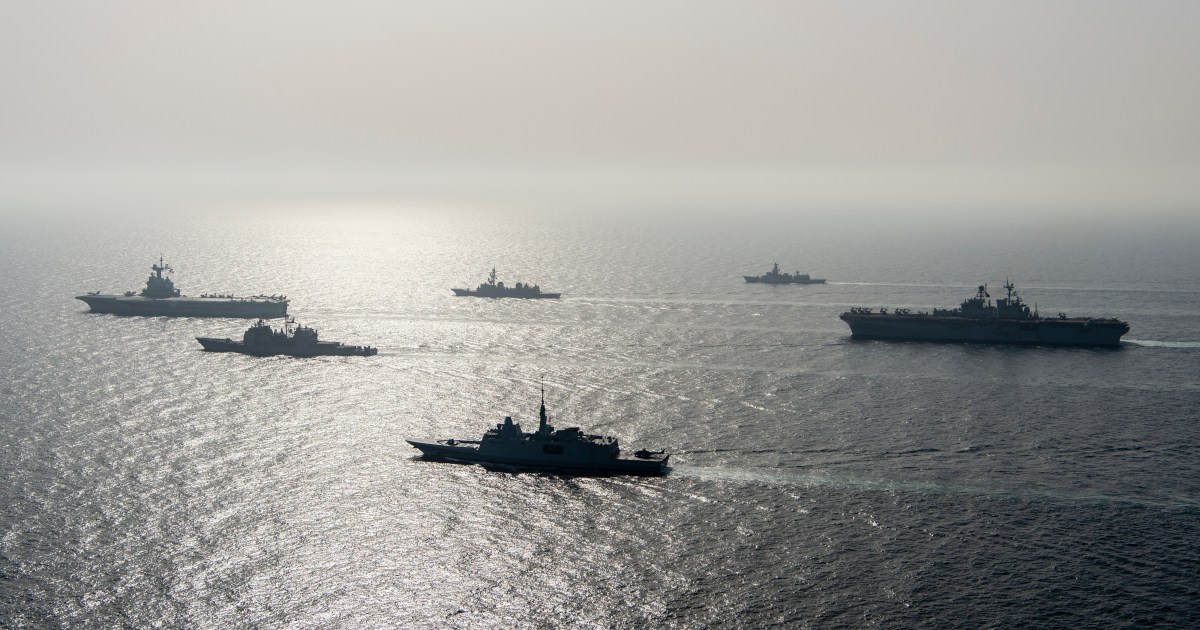 The United States Navy has said it fired warning shots at vessels from Iran’s Islamic Revolutionary Guard Corps (IRGC) in the Gulf, accusing the IRGC vessels of coming close to US ships in international waters.

In a statement on Tuesday, the US Fifth Fleet said three IRGC vessels came close to a US Navy patrol ship and a US Coast Guard patrol boat on Monday evening.

“The crew of [US navy patrol ship] Firebolt then fired warning shots, and the IRGCN vessels moved away to a safe distance from the U.S. vessels.”

It is the second encounter between US and Iranian naval forces in Gulf waters this month, after about a year without any such incidents.

Earlier this week, the US Navy released footage dated April 2 showing a ship commanded by the IRGC cut in front of the USCGC Monomoy, causing the US Coast Guard vessel to come to an abrupt stop with its engine smoking.

Iran did not immediately acknowledge that encounter, which resulted in no injuries or damage.

The closest the Iranian fast inshore attack craft came to the American ships was 204 feet (68 yards) during the incident on Monday evening.

Iran and the US are engaged in ongoing indirect talks for a possible return to the 2015 Iranian nuclear deal.

Former US President Donald Trump unilaterally withdrew from the landmark accord in 2018 in favour of a “maximum pressure” strategy against Tehran, which increased tensions between the two nations.

US President Joe Biden had promised renewed diplomacy with Iran, and world powers are hoping to get both countries back into full compliance with the agreement, formally known as the Joint Comprehensive Plan of Action (JCPOA).

Earlier on Tuesday, the head of US forces in the Middle East said that the US military was careful not to let incidents with the IRGC Navy turn into a cycle provocation, though he did not specifically talk about Monday’s interaction.

“The activities we typically see from the IRGC Navy are not necessarily activities that are directed by the Supreme Leader or from the Iranian state, rather irresponsible actions by local commanders on the scene,” said Marine General Kenneth McKenzie, head of US Central Command.