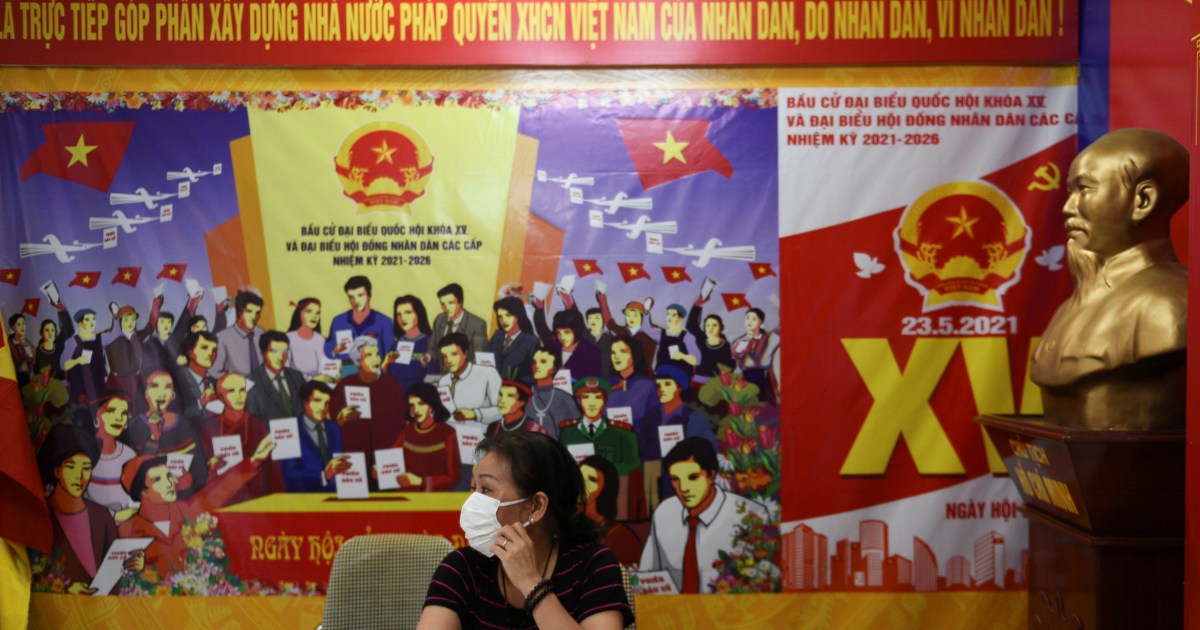 Fewer independent candidates than in years past are standing in this year’s vote for the 500-seat National Assembly.

Mask-wearing Vietnamese went to the polls on Sunday, with tens of millions expected to select a largely rubber-stamp legislature amid a rapidly spreading COVID-19 outbreak.

Fewer independent candidates than before are standing in the election for the 500-seat National Assembly, which is held every five years and usually after the governing Communist Party holds its congress to select new leaders.

Despite increasing openness to social change in the Southeast Asia nation and a plethora of free trade deals, the Communist Party – one of the last governing communist parties in the world – retains tight control over Vietnam and its media, and tolerates little dissent.

The nearly 69.2 million registered voters will also vote for members of the people’s councils at provincial and district levels.

“I hope all voters, knowing their role as the owners of the country, will join the vote to select the most trusted and worthy candidates to represent their voices,” National Assembly chairman Vuong Dinh Hue said before the election.

Some 92 percent of candidates for the National Assembly are members of the Communist Party, which also essentially vets independent candidates.

The ballot is anonymous, but each voter’s name, age, occupation, ethnicity and address are posted outside polling centres.

The election is taking place as Vietnam battles a new COVID-19 outbreak that has spread rapidly, infecting 2,066 people since it emerged in late April.

In Hanoi’s Long Bien district, approximately 30 voters were seen lining up by a voting booth for their turn, all wearing masks.

Before queueing, the voters had their temperature taken at a nearby table where free masks and hand sanitiser were offered, with a loudspeaker broadcasting advice to keep a safe distance.

Hue said Sunday’s vote was the first “amid the most dangerous coronavirus outbreak that has spread to nearly half of the number of provinces, with many of them under lockdown”.

He said organisers have taken measures to ensure the election would take place safely.

Election results are typically announced after about two weeks.