Wayne Pivac will continue as Wales coach until at least the 2023 World Cup after his first Six Nations triumph – with Welsh bosses giving him their ‘full backing’ to continue.

The New Zealander, 58, had a break-clause in his contract this summer if things went awry.

But having turned round Wales’ fortunes from losing 10 of 13 Tests in 2020 to winning the Six Nations title this year, the Welsh Rugby Union (WRU) have pledged to keep Pivac until at least the end of his four-year contract. 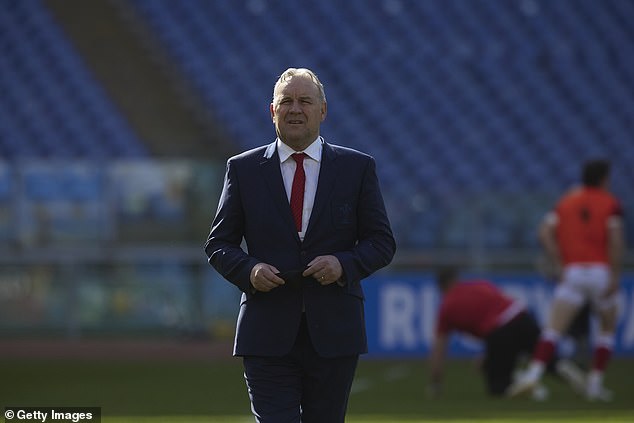 Wayne Pivac will remain Wales coach until at least the 2023 World Cup, it has been confirmed

While Pivac staying was always an expected formality after such a strong Six Nations Wales now can plan ahead for the 2023 France World Cup with certainty.

‘I know I speak on behalf of the board and everyone at the WRU in congratulating them on their achievements and we look forward to following their continued progress on the road to France 2023.

‘Wayne has the 2023 World Cup firmly in his sights and a comprehensive plan for Wales to arrive there at the peak of our powers with the full backing of the WRU to achieve that aim.

‘We meet after every campaign to discuss how we are tracking against any plan. We met after the Autumn Nations Cup. 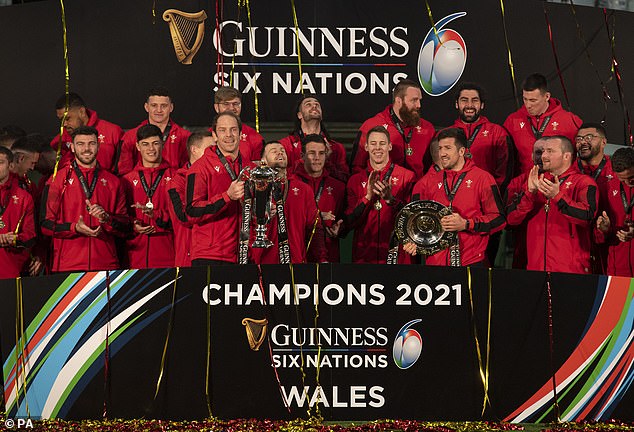 ‘Wayne was equally unambiguous about his distinction between the autumn and the Guinness Six Nations Championship, where we would be playing tournament rugby and results mattered.

‘If silverware was the only measure then, of course, winning both the Triple Crown and the tournament itself can be viewed as ‘mission accomplished’.

‘It is vitally important that we assess our progress in a considered way. In professional sport it is possible to go from hero to zero and back again in a fortnight. 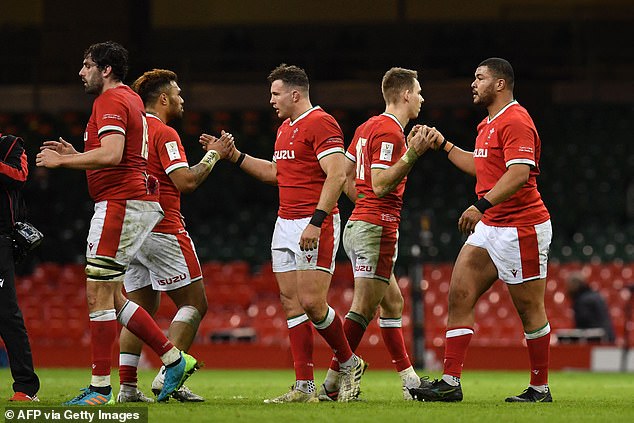 ‘To avoid “knee-jerk” reactions we measure progress against short and long term goals. Wayne, the management and the players are, by any measure, progressing extremely well.

‘Winning the Championship this year was an obvious short-term goal, but we have been equally impressed by what was achieved this autumn when the stall was set to blood new players, improve strength in depth and bed in a new and varied approach to tactics and game plans.’

Pivac faces a wait for his next Tests now as Wales are not sure yet whether their proposed tour to Argentina this summer will go ahead in South America – they are open to matches being played this summer in Wales, if it is deemed not save enough to travel due to Covid restrictions.