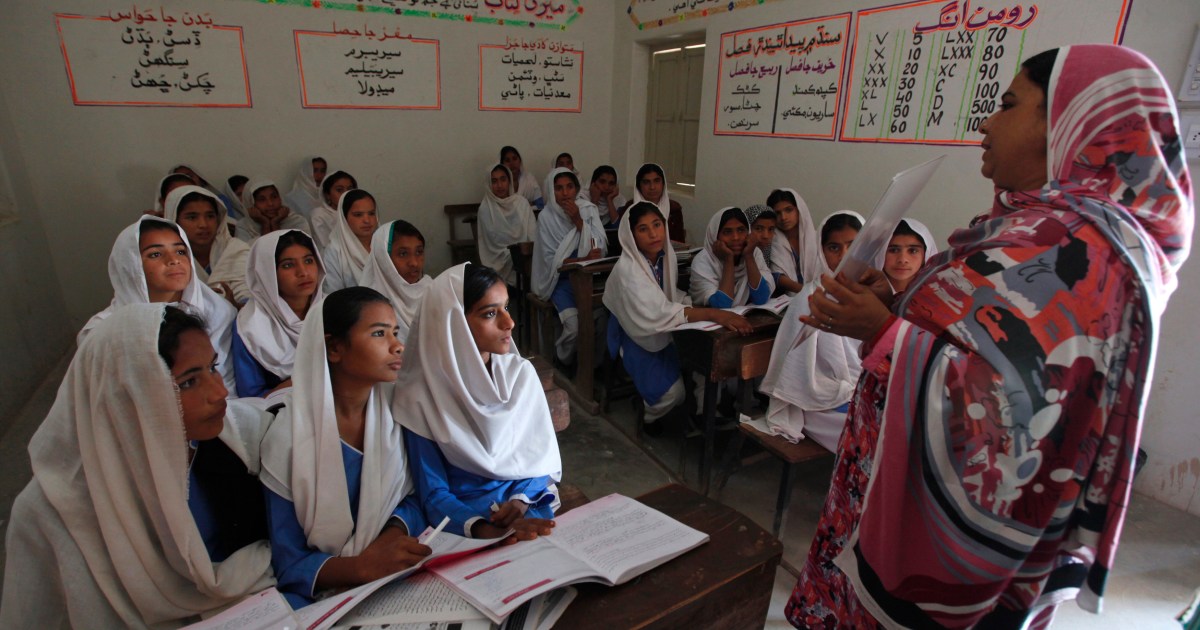 When will it be safe for a woman to walk herself home at night without the threat of assault or worse by a man? And when do we arrive at the moment that all women are safe from their partners in their own homes? When will schools and workplaces be free of gender-based violence? How can we use the power of education to turn these norms around?

In the space of just a few months, we have been reminded yet again how vulnerable women still are to violence and harassment. The tragic murder of Sarah Everard in the UK was followed by the senseless shooting of six Asian American women in the state of Georgia. In February, 317 Nigerian schoolgirls were kidnapped from their boarding school in the northwestern state of Zamfara. In India, as people were still reeling from the September 2020 gang rape and subsequent death of a 19-year-old Dalit woman in the Hathras district of Uttar Pradesh, a supreme court judge in New Delhi caused outrage after he was quoted as asking an accused rapist whether he would marry his school-aged victim. In Australia, former government employee Brittany Higgins said she was raped by a male colleague in a government minister’s office in 2019 Meanwhile, there are reports that male government staff have set up a Facebook group so they can share videos of sex acts performed in Parliament in Canberra.

Violence and sexual assault against girls and women are more common than we think. Globally, about 1 in 3 women have experienced physical or sexual violence in their lifetime.

On the Instagram page of Everyone’s Invited, an online campaign against rape culture set up in the UK, more than 15,000 disturbing accounts of sexual assault and harassment have been shared by girls and boys. It is striking how many of the accounts took place in education institutions. So disturbing and numerous are some of the testimonies that newspapers referred to one school as a “hotbed of sexual violence”.

In Australia, a similar movement started in mid-February, after 23-year-old Chanel Contos asked her friends if they had been raped or sexually assaulted when they attended Sydney private schools. The survey turned into a petition and now a movement, with thousands of people advocating for adequate consent education in Australian schools.

What is obvious from these posts is the magnitude of confusion surrounding the issue of consent – a basic principle of gender equality and healthy relationships. Why are young girls and boys so unsure about what a consensual relationship is, when certain actions are appropriate and when they are just not?

Clearly, something is not right. We can blame the proliferation of social media and pornographic sites that children as young as 8 are accessing, but at the end of the day, these incidents reflect a general lack of discussion around sexual relationships. The solution is not a consent app that was proposed by a top police officer in Australia, but rather comprehensive sexual education in schools – starting from an early age.

Comprehensive sexuality education classes are critical in equipping girls and boys with the skills they need to make responsible choices in their lives. It teaches them how to negotiate the terms of their sexual activity, what to do if there is sexual pressure from someone, to understand the importance of consent and also how to resist peer pressure to accept violence. It promotes attitudes among students that are based on understanding and mutual respect – the foundation of a good relationship.

But comprehensive sexual education is not taught everywhere. In the UK, it was not until last year that it became compulsory for primary schools to teach relationship education, which includes information about puberty and how to keep safe online. In Australia, there is no national consent education model and many schools stop teaching kids about this topic at the age of 15 or 16 – when they need this information the most.

Australia and the UK should look to developing countries to find innovative examples that have been successful in tackling violence and sexual harassment among students in and outside schools.

The demographic explosion in parts of Africa and Asia, coupled with the spike of HIV/AIDS infections in the 1990s, forced many governments to find ways to tackle early pregnancies and sexually transmitted diseases. In doing so, they had to design programmes that addressed society’s deep-rooted unequal gender norms that are harmful towards girls and women. Many of these programmes focused on how to empower young women to say no to sex or how to negotiate condom use.

In Kenya for example, an NGO called No Means No Worldwide, has been organising consent classes where girls are taught to say “No” and trained in self-defence. In the meantime, young boys are also trained to have a different perspective on gender and adopt a more positive masculinity. Where the classes have been taught, the incidences of sexual harassment have decreased by 50 percent.

A Brazilian-based NGO called Promundo runs a powerful programme that engages young men and has been successful in changing violent norms related to masculinity through participatory meetings.

Various aspects of this programme have been implemented in 26 countries around the world. Evaluations done afterwards in eight African, Asian, Latin American and southeastern European countries showed positive changes in attitudes on gender equality and in self-reported behaviour such as couples communication, violence, condom use and caregiving.

When students are involved in the planning and implementation, interventions to prevent school violence and sexual harassment can be even more effective. Save the Children’s Violence Free Schools project in Afghanistan involved the establishment of a child protection committee, a parent-teacher-student association, and a student council in each school.

Sexual education does not need to be a standalone class either. It can fit into existing curricula or even in extracurricular activities such as A Right to Play, a school-based programme in Hyderabad, Pakistan, that uses sports and games to empower students to reduce violence in school and change unequal gender norms. So far, the programme has reached 8,000 children in 40 public schools and resulted in decreases in peer victimisation by 33 percent among boys and 59 percent among girls.

Consent can be taught. Alongside the importance of parental education in the home, schools also play a vital role in teaching students the difference between a good and bad relationship, how critical consent is and the importance of gender equality. These issues need to be addressed early on. UNESCO has developed a technical guide for governments and recommends that some concepts surrounding healthy and unhealthy relationships should start from age five.

If conversations start early enough, they can be empowering for everyone, especially girls. They can shift norms – like toxic masculinity – that feed into gender-based violence and help create a non-violent culture. Sex education can effectively encourage students to reflect on their own biases and roles in society.

Sex education prevents sexual exploitation and violence and is in everyone’s interest. If schools do not actively shape the conversation around sex and relationships, young people will continue to turn to the internet as their only source of information. We cannot continue to let that happen.