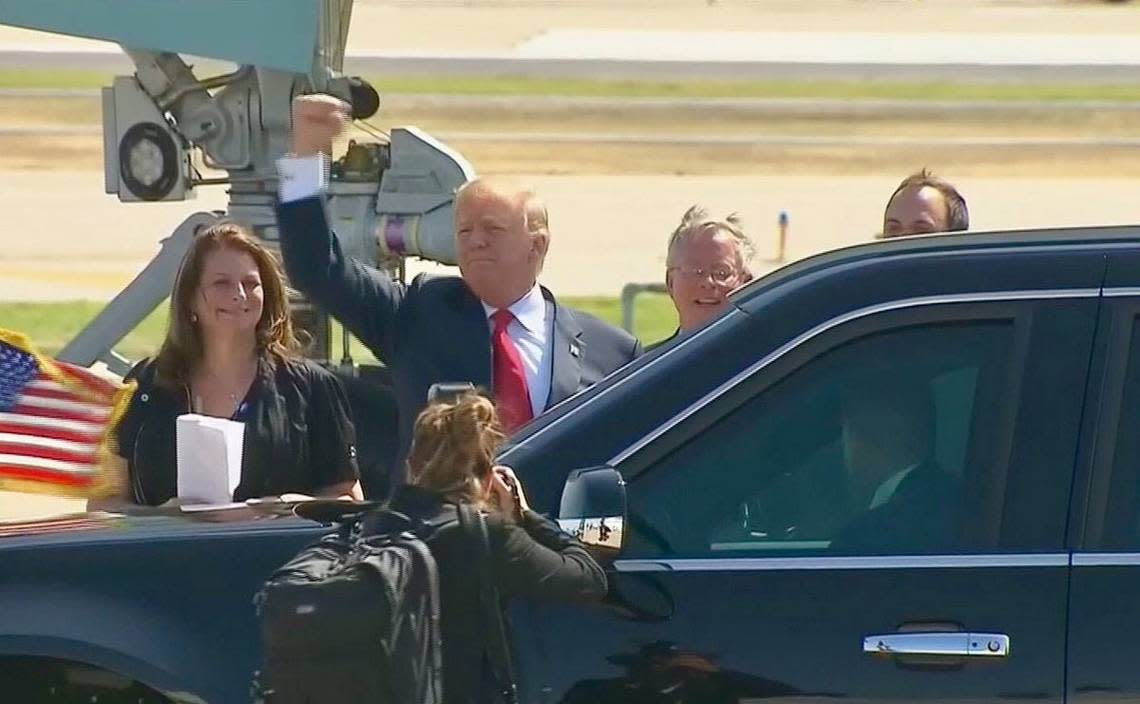 It said plenty — just not in the way many thought, or perhaps hoped, it would.

The race, which advanced to a yet-to-be-scheduled runoff, proved that Trump and his policies still matter greatly to GOP voters. Susan Wright, the Republican seeking to replace her late husband, secured Trump’s endorsement late in the campaign, and it surely helped her lead the splintered field of 23 candidates.

But let’s not overstate it. Wright was the likely frontrunner all along, with extensive backing among local and state Republicans. Her years of political experience in the district and status as the heir to the well-liked late congressman, were a significant advantage.

And it remains so going into the runoff. Wright will face state Rep. Jake Ellzey, R-Waxahachie, who narrowly beat the leading Democrat to take the second spot.

Both are good choices who would represent the district well and pay needed attention to local issues. Before the election, we recommended Ellzey, based on his leadership experience, including his record as a decorated Navy combat pilot.

On issues, not much separates the two. They reflect the Sixth Congressional District’s odd split: a sizable chunk of Fort Worth, most of Arlington and Mansfield vs. the more rural, much less populated Ellis and Navarro counties.

To win the runoff, Ellzey is going to have to do much better in Tarrant County. In the first round, Wright crushed him here, more than doubling his vote total. And she nearly matched him in Ellis and Navarro, coming within less than 150 votes in what should be his home turf. Wright clearly has the edge for now. Any eligible voter in the district can participate in the runoff, and there’s still time to register to vote before the election.

Interestingly, the race also pits Trump’s preferred candidate against that of his energy secretary, former Gov. Rick Perry, who’s been vocal in his backing of Ellzey.

But Trump’s involvement is a huge hurdle for Ellzey. GOP voters had every chance in this race to send a message that they’re ready to move on. They are clearly not.

Indeed, there was even an explicitly anti-Trump Republican in the race, Michael Wood. Some national analysts vastly overrated his potential impact, as his paltry 3% of the vote shows.

As for Democrats, this race was always a bad fit. The district is more Republican than Trump’s 2020 performance there suggests; Ron Wright won it by 9 points last year.

But the fact that they couldn’t get a candidate into the runoff indicates the party is no closer to competing in these kinds of races. If anything, it was probably a small step backward; Democrat Stephen Daniel comfortably won the Tarrant portion last year, but Republicans combined in the special election to win far more Tarrant County votes than Democrats (albeit with much lower voter turnout).

The special election could be a launching pad for some candidates, even if they lagged far behind. Democrat Shawn Lassiter of Fort Worth impressed with a solid campaign organization. It propelled her to second among Democrats, behind Jana Lynne Sanchez, who fell just a few hundred votes short of the runoff. Brian Harrison, who finished third among Republicans, will probably be on the ballot again in the future.

Even Wood, in time, may seem clairvoyant about the danger for the GOP being, as he said Sunday, “too much a cult of personality and a vehicle for the grievances of Donald Trump” and “too comfortable with conspiracy theories.”

But today is not his day. If there were any doubt, the Sixth District election shows that in Texas, it’s Donald Trump’s Republican Party.