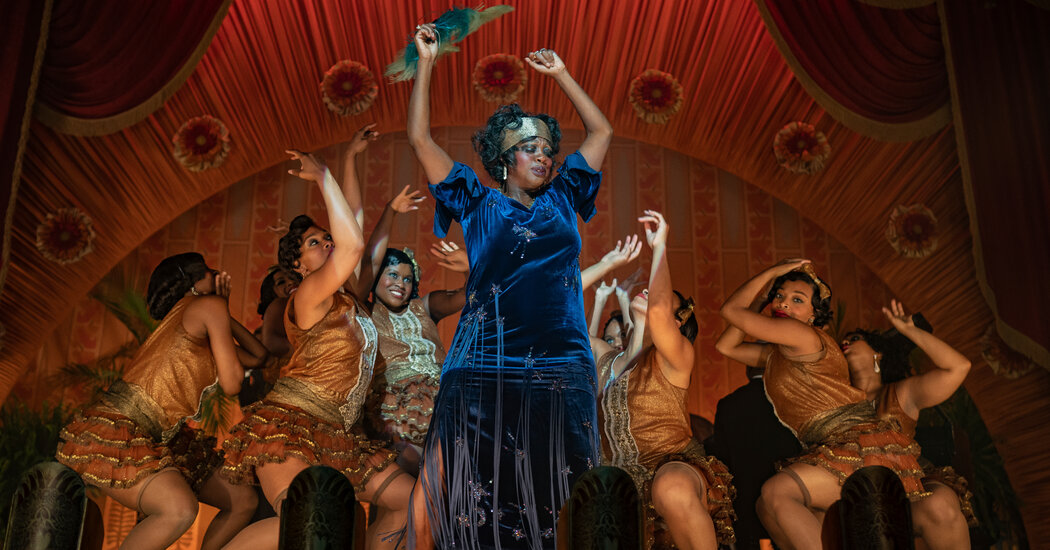 Oscar history has been made, again. For just the second time, two Black women — Viola Davis (“Ma Rainey’s Black Bottom”) and Andra Day (“The United States vs. Billie Holiday”) — are nominated for best actress in the same year. This last happened in 1973 when Cicely Tyson (“Sounder”) and Diana Ross (“Lady Sings the Blues”) were up for the Academy Award, only to lose out to Liza Minnelli for her starring role in “Cabaret.” While we do not know who will take home the gold statue on Sunday, it is undeniable that Davis and Day gave two of the most mesmerizing performances of the year.

Despite the fact that it has taken almost 50 years for Oscar history to repeat itself, I hope these nominations indicate a more substantive change in Hollywood, an increase in the number of multidimensional roles offered to Black actresses as well as wider recognition of their standout performances by the academy. But my optimism is also tempered. As much as Hollywood is changing, the way it tells the story of Black women’s musicality still lags behind. For while Davis and Day should be lauded for their exemplary work, their movies overemphasize the trauma and diminish the artistic genius of the icons they embody, Ma Rainey and Billie Holiday.

In some ways, this is a genre problem. Far too many films about music relegate actual processes of music-making — song composition and arrangements, studio sessions and band rehearsals, an experimentation with sounds and a honing of craft — to the background, preferring to focus on the psychological and social struggles that artists face.

Both “Ma Rainey’s Black Bottom” and “The United States vs. Billie Holiday” represent the singers more as victims of their social circumstances than virtuosos, potentially obscuring the contributions of two of the most innovative, influential American figures to ever sing onstage.

Based on the August Wilson play of the same title, “Ma Rainey’s Black Bottom” takes place during a single recording session in which Rainey, known in the 1920s as the Mother of Blues, strives to maintain artistic control and authority over her all-male band and production team, while she staves off her own anxiety that the phonograph’s new technologies and jazz’s rising popularity will make her obsolete.

The movie ends by validating some of Rainey’s concerns; a white band does record the song instead of hers. But the other conflict remains unresolved: her battle with Levee (Chadwick Boseman), an ambitious cornet player, over the direction of their art. Levee and Rainey’s white producer venerates his compositions as more sophisticated, modern and cosmopolitan than her blues (which Levee derides as “jug-band music”), marking an important historical rupture: the moment that Blues singers like Rainey, or later Bessie Smith, were considered subordinate to rather than the forerunners of the virtuoso Black male jazz instrumentalists.

Likewise, “The United States vs. Billie Holiday” doesn’t spend much time revealing what made Holiday’s style so original — her musical phrasing, her mellow timbre, her intimate mastery of the microphone onstage and in the studio — and so influential to artists as diverse as Frank Sinatra, Ray Charles and Nina Simone. Instead, it revels in Holiday’s addiction, her abusive male partners and the lingering effects of being raped at a young age.

“Billie Holiday was one of our most innovative artists,” Farah Jasmine Griffin, the author of “If You Can’t Be Free, Be a Mystery: In Search of Billie Holiday,” told me. “Certainly she requires a kind of innovative and experimental representation to tell her story. But, there’s often a refusal with women artists, especially with Black women, to do that in film. It’s easier to talk about pathology actually.”

The movie is ostensibly about how the anti-lynching anthem “Strange Fruit” became so inseparable from Holiday’s career that she was under constant F.B.I. surveillance. But we never fully understand why it is her version that endures. “That song had a life before her, but the reason why it became famous is that she agrees to sing it and interprets it in a certain way,” Griffin said. The film doesn’t go into any of that, she noted, “and that’s where the courage is, right?”

The tension between Black women’s personal traumas and their musical talent also drives much of the plot in National Geographic’s television mini-series, “Genius: Aretha” (starring Cynthia Erivo) and the HBO documentary about Tina Turner, “Tina.” The themes of sexual assault and domestic violence are present in Aretha Franklin’s story. (Both “Genius” and “The United States vs. Billie Holiday” were written by the Pulitzer Prize-winning playwright Suzan-Lori Parks.) But it is Franklin’s musical precocity, not her pain, that is the basis of this mini-series, her exceptionality and her vulnerability.

In the mini-series, one way her father, the well-known Rev. C.L. Franklin, nurtures his daughter’s vocal dexterity and piano skills is by taking her on the road, exposing her to his own brilliant preaching style and to great gospel singers like Clara Ward. But on tour, the minister is distracted by sex parties and often leaves his daughter defenseless against sexual advances by older men. In reality, Aretha Franklin never publicly disclosed the details that led to her giving birth to her first child at age 12, and a second one at 15. In the mini-series, these pregnancies remain shrouded in silence, and are treated mainly as events that neither she nor her family dwells on as she goes on to share her unparalleled gifts of music with the world.

At first, “Tina” treads on narrative territory similar to that of the 1993 biopic “What’s Love Got to Do with It” (for which Angela Bassett was nominated for an Oscar for best actress). The first half of this documentary focuses on Turner, born Anna Mae Bullock, learning how to sing as a teenager in a Black Baptist church, joining Ike Turner’s band in the late 1950s and surviving the extreme emotional abuse and violence that he, as her husband and musical partner, inflicted on her for more than 16 years.

But midway through, the film flips this familiar story on its head. Tina Turner repeatedly emphasizes how much work she has done to overcome her past trauma and reveals how the media focus on her as a survivor of abuse is so limiting to her and her musical legacy. The boldness of her comeback, which included her first solo album, “Private Dancer” in 1984, and her singular blend of grit, gospel and gravelly vocals have been repeatedly erased, Turner reminds us, by interviewers. In the 45 years since she left Ike, they have asked more often about her relationship with him than her musical inventiveness.

Ultimately, it is another Oscar-nominated film that offers up the most unencumbered depiction of Black women’s musical virtuosity: “Soul,” the animated Pixar film, with its revered jazz saxophonist Dorothea Williams (coincidentally voiced by Bassett). Partly because we know so little of her back story, she comes across as an icon, and is the musician whom the film’s protagonist, the pianist Joe Gardner, most wants to play with and emulate.

“There is an unspoken narrative in jazz that the men play the music and the women sing,” Terri Lyne Carrington, a jazz drummer and founder of the Berklee Institute of Jazz and Gender Justice, told me. “But, in ‘Soul,’ we can actually hear Dorothea’s virtuosity as both a saxophonist and as a bandleader.” Carrington — who was only 11 when Ella Fitzgerald told Oscar Peterson he needed to hear Carrington play — was also a consultant for “Soul.” But she insists that the Pixar character was already exceptional before she came on board the project, making the film’s invention of Dorothea an even more radical addition to Hollywood’s jazz canon.

“She’s the future,” Carrington said. “What they did was make us imagine the future. Because there’s not a woman right now that every young dude wants to play with as an instrumentalist. And I dare say that there really never has been. That was transformative.”