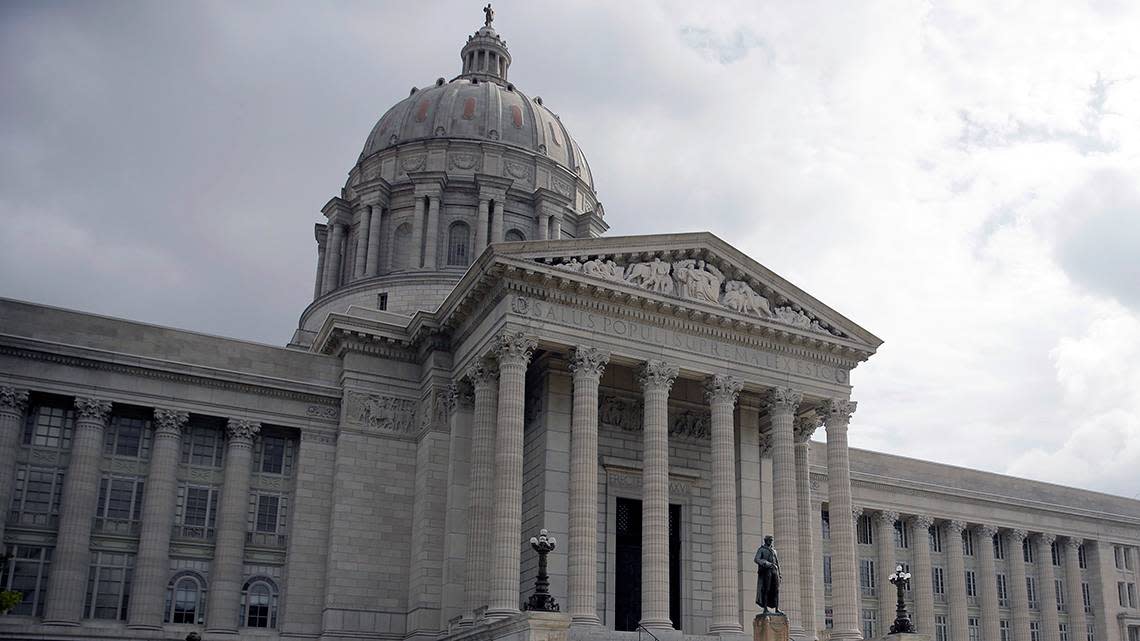 Missouri Gov. Mike Parson opposes Medicaid expansion, but after voters approved it last August he said he would abide by the will of the people.

The General Assembly may make that impossible.

The Senate rejected funding for expansion Wednesday night, marking another failed attempt to implement the program after the House passed a budget without it. Barring an 11th hour breakthrough, lawmakers likely won’t approve expansion funding by May 7, when they are required to to deliver a budget to Parson.

The 14-20 vote came despite a last-minute announcement of support from Majority Leader Caleb Rowden, a Columbia Republican. Rowden and three other Republicans joined all 10 Democrats voting in support of broadened eligibility for the federal-state health insurance program for low-income residents.

“I think some folks will paint this vote as a litmus test of how conservative you are, how steadfast you are in your opposition to Medicaid expansion,” Rowden, who has opposed expansion several times, said in a rare floor speech. “I think we will have to fund this population sooner than later … I think it’s the right thing to do, right now with the variables in front of us.”

Rowden and Democratic Senators predicted without the funding, a judge will ultimately force the state to spend the money in an all-but-certain lawsuit brought by expansion advocates.

It places Parson in a politically difficult situation.

Voters approved an amendment to the state constitution obligating state agencies under the governor’s control to extend eligibility to some 275,000 low-income Missourians by July 1.

The Republican governor, despite opposing expansion, nevertheless included funding for it in his budget proposal. If the GOP-dominated General Assembly ultimately refuses to approve the $130 million needed for expansion, it would represent a stinging rejection of his agenda — and the latest instance of lawmakers willing to cross a governor from their own party.

Parson could decide to block the newly eligible from enrolling, which would run afoul of the Missouri constitution and land the state in court. He could also enroll the new population and call a special session to approve funding, a move likely to anger Republicans and undercut his credibility as a conservative.

None of the options are likely to be attractive.

“I find it pretty interesting that the Republican governor has recommended we do this …. and his party’s in the supermajority, and has basically thumbed their nose,” said Senate Minority Leader John Rizzo, an Independence Democrat.

Parson’s relationship with the legislature has been tested before. Earlier this year, he accused House Republican leaders of a “disgusting scheme” after he was forced to deliver the State of the State address in the Senate chamber instead of its traditional location in the House, ostensibly because of concerns over COVID-19.

A special session he called last summer to address violent crime ended with only one of a half-dozen proposals he supported becoming law. The House pointedly adjourned without voting on a measure he supported to allow the attorney general to prosecute murder cases in St. Louis.

More recently, he and Republican legislative leaders have struck a more united front, appearing together for a ceremonial signing of two bills expanding tax benefits for foster and adoptive families.

Parson has been sanguine in public about the possibility he’ll be saddled with a Medicaid expansion mess. He’s refused to criticize Republicans for voting against funding, saying instead that he had an obligation to include the money in his proposed budget because he represents all residents.

“The majority of the people in the state voted for it and that’s why I put it in my budget,” Parson said recently.

James Harris, a Jefferson City-based Republican consultant with ties to Parson, said the governor isn’t frustrated with legislators for failing to fund expansion. He said Parson, as a former lawmaker, understands the legislative process and has good working relationships with members of the House and Senate budget committees.

“I would say there’s probably no frustration, anger, whatever, because he understands they’re trying to do the best job you can,” Harris said.

Harris also pointed to a provision in a spending plan passed by Congress and signed by President Joe Biden earlier this year that provides enhanced subsidies for individuals making more than 100 percent of the federal poverty line to obtain private health coverage.

“I think for the administration there’s great answers, there’s a better option than what voters were presented with, the options available back last August,” Harris said.

Parson’s administration has refused to say whether it will enroll the newly eligible 275,000 Missourians without the additional funding on July 1.

“The Department of Social Services will determine next steps once the budget process is complete,” spokeswoman Rebecca Woelfel said.

“We’re talking through scenarios now, if it doesn’t pass, what can we do, what obligations do we do, what’s it gonna look like in the courtrooms,” he said.

Rizzo, the Independence Democrat, on Wednesday initially proposed writing only half the amount Parson recommended for expansion into the budget. But he soon amended his proposal, saying Senators should vote on the full amount the governor called for.

Debate over that measure echoed prior floor fights in the General Assembly this year. Proponents pointed to the health needs of the working poor, while opponents decried Medicaid expansion as a “massive expansion of the welfare state.”

Sen. Dan Hegeman, Appropriations Committee chair and a Cosby Republican, said though the state has healthy revenues now, he believes it could be saddled with high Medicaid costs in the future.

“Where is the shortfall, you might ask?” he said. “For me it comes in the unknown.”

Similar resistance has played out in other states where voters agreed to expand Medicaid eligibility.

“Unfortunately, this is kind of par for the course in the states that expanded through a ballot initiative, for the legislature to go in afterward and try to tinker with it, repeal it, whatever you want to call it,” said Jesse Cross-Call, a senior policy analyst at the Center on Budget and Policy Priorities, a liberal-leaning group in Washington.

In Oklahoma, voters also approved a constitutional amendment for expansion last year. Lawmakers have yet to settle on how to pay for it, but the state has announced signups will begin in June.

Sen. Lauren Arthur, a Kansas City Democrat, criticized her colleagues for putting Medicaid for the newly eligible, “many of whom have gone years without” health insurance, in the limbo of a court case.

“People need certainty,” she said. “Putting them through the uncertainty of a long, drawn out court case and various appeals further burdens then with stress and anxiety, and it’s wrong.”