The world’s best player and captain of the world’s best team knows just how significant an occasion it will be as England strive to complete another European conquest and ignite public interest in women’s rugby.

There is so much at stake when Emily Scarratt leads England into the Six Nations final against France at the Twickenham Stoop. Delaying the tournament and amending the format has created a grand opportunity to project the game to a vast armchair audience. For once, the female championship is not in the shadow of the men’s version, so a precious showcase event is in prospect.

England’s clash with New Zealand in the 2017 World Cup final drew a peak of 2.65million viewers on ITV and the hope is for a similar boost. 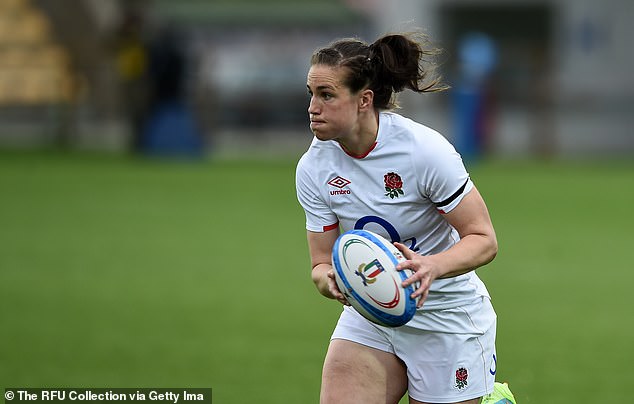 ‘Pushing back the Six Nations means we stand alone, without having to compete with the men, and this game is live on BBC2, which is cool,’ says Scarratt.

It is much more than that, as the 31-year-old centre knows. She is well aware that this is a rare chance to raise awareness, which can have positive repercussions, both in terms of popularity, participation and vital financial backing.

‘It’s a huge deal,’ says Scarratt, who was named World Rugby Player of the Year in 2019 and became the inaugural women’s Six Nations Player of the Championship last year, as England claimed another Grand Slam.

‘The 2017 World Cup final was live on ITV and at the time that was a big deal. Now, the Six Nations final is being broadcast live on a terrestrial channel and that is huge. Long may that continue, from our point of view. That’s how you grow the game.

‘If people can see it, we back the product that we are putting out there. We think it is good and that people will want to watch it again or be inspired to go and pick up a rugby ball. Other people might watch it and think, “This is something I want to get involved in” from an investment point of view. We need investment and visibility to grow the game. 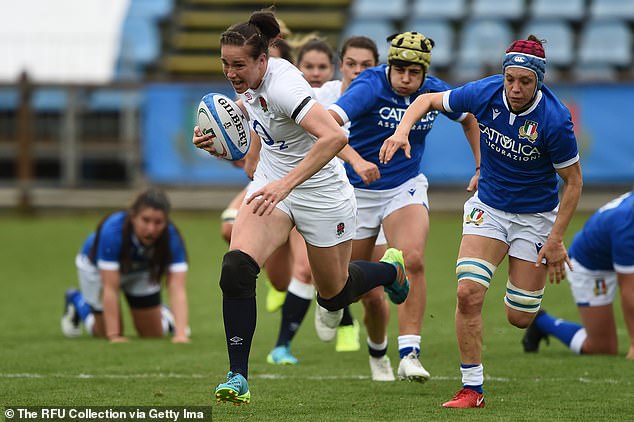 ‘On social media, people are engaging a lot more and keeping an eye on the games – people who wouldn’t necessarily tune in normally, because they’d be watching the men’s Six Nations. So that’s been good.

‘Some ex-pros have got involved with it a bit more too and whether they’re commenting on it or spreading the word about it, that’s a really good development as well.’

Saturday’s game is the fitting climax of what has been a two-tier tournament. England and France are professional and dominant, while their Celtic and Italian rivals lack the funding and full-time status to truly compete. There have been mismatches thus far, but this will be a proper contest.

Scarratt is enthused by the notion of a showpiece decider – following shorter pool phase 0 in place of the usual round-robin system.

‘Fundamentally, England v France is always one hell of a game so I’m just glad that’s the final and the all-or-nothing end point of the Six Nations,’ she says. ‘France are a huge threat. They have been for years. No game against them is ever easy and I think it could be a really good one this weekend. The Six Nations doesn’t normally have a final and it’s exciting. You win or you lose. You’re champions or you’re not.’

England are desperate to be champions again but they recognise the bigger picture. They – and the French – will benefit if the overall standards improve.

The women’s game needs greater depth and a new global calendar from 2023 should help the expansion process. Scarratt would like to see other national unions promote the female game as the RFU have.

‘We know a lot of girls in the other (Six Nations) teams,’ she said. ‘There are a lot of Scottish girls at Loughborough – the team I play for – and at Quins, and a lot of Welsh girls spread throughout the Prem, as well as Irish girls, and we understand their situation. 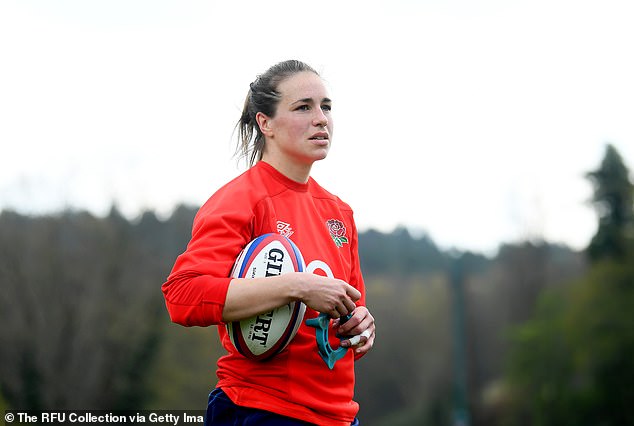 ‘My hope is that other unions follow suit and invest more in supporting their women’s programmes. Naturally, the more time they have together, the better they’re going to be and if they can be better supported, absolutely, I am all for that. That is definitely the way to continue to grow our game.’

England are currently top of the global rankings and were supposed to be trying to reclaim the World Cup this autumn in New Zealand, but it was postponed until 2022 because of the pandemic.

Scarratt will have to wait a while before she can attempt to repeat her 2014 heroics when she inspired the Red Roses to claim the ultimate prize.

The country’s all-time leading points-scorer went on to captain Team GB in the Olympics Sevens in Rio, but she won’t be heading to Tokyo this summer, despite the rescheduling of the World Cup.

‘When I came back to 15s a couple of years ago, I made the decision to step away from Sevens and I’m happy with my decision,’ she said.

‘I’ve done my Sevens time. Rio was amazing but 15s has always been my thing and the World Cup means more to me than an Olympics. Not everyone would understand that, but I’m allowed that choice.

‘Some girls are doing both – playing 15s and Sevens – but they are a lot younger than I am!’

Scarratt will win her 95th cap on Saturday so a Test century is looming as a tribute to her longevity, but she has no intention of considering a career change any time soon, despite establishing a side-line in rugby punditry.

‘At the moment, my mentality is to keep playing as long as I can,’ she said. ‘I love what I do, my body is still in decent nick – and it’s probably the best job I am ever going to have.’