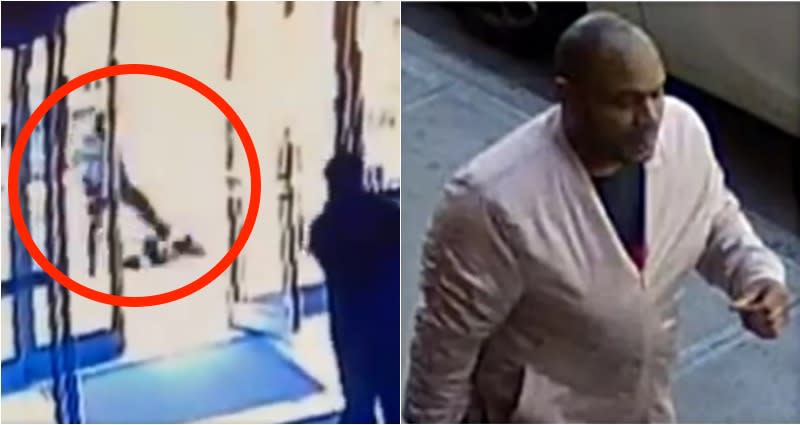 A 65-year-old Asian woman has been hospitalized after being helplessly assaulted in New York City on Monday while bystanders ignored her. The incident, which was caught on video, occurred just before noon outside an apartment building at 360 West 43rd Street in Midtown Manhattan, according to The New York Times. A male suspect approached the victim, punched and repeatedly kicked her in the head before fleeing the scene. The suspect also allegedly made anti-Asian sentiments, telling the victim, “F*ck you, you don’t belong here.”

NYPD says 65-year-old Asian American woman was walking to church this morning when suspect assaulted her and said “f*** you, you don’t belong here.” Happened in front of 360 W. 43rd St. 11:40am. Sources say building security guard not only failed to render her aid… 1/2 pic.twitter.com/ZLtQEHHJci

Surveillance footage from a building next to the sidewalk where the victim was attacked shows a witness failing to render aid. As she lay beaten on the ground, a security guard from the building closed the door on the helpless victim. The victim, who was on her way to a church, was sent to the hospital with swelling to the face and pain in the left leg. She is now in stable condition, according to WABC.

Help identify the below individual wanted in connection to an assault. On Monday, March 29th at 11:40 AM, at 360 West 43rd St, a female, 65, was approached by an unidentified male who punched and kicked her about the body and made anti-Asian statements. Info?☎️1-800-577-TIPS. pic.twitter.com/LkwfYhMCLr

New York police have released surveillance images of the suspect, who is said to be homeless, according to New York Daily News. The incident is being investigated by the department’s Hate Crimes Task Force. Meanwhile, building owner The Brodsky Organization said staff who witnessed the attack were “suspended pending an investigation in conjunction with their union.” A third-party delivery worker allegedly present during the incident is also being identified “so that appropriate action can be taken.”

New York City Police Commissioner Dermot Shea called the attack “disgusting.” Just last week, the official announced the deployment of undercover Asian officers to deter further violence against the community. Monday’s incident also prompted a comment from “Crazy Rich Asians” star Gemma Chan, who called it “despicable.” “The attack and the guard’s inaction and closing the door on the victim. I hesitate to share because there are so many of these attacks daily but people need to understand the scale of what’s happening. Please keep speaking out and look out for each other,” Chan wrote in an Instagram post. Anyone with information on the incident is asked to call the NYPD’s Crime Stoppers Hotline at 1-800-577-TIPS (8477). Feature Images via NYPD Hate Crimes