World number one Ashleigh Barty defended her Miami Open title with victory over Bianca Andreescu, who was forced to retire injured during the second set in Saturday’s final.

Top seed Barty, herself battling a suspected abdominal injury, had taken the opening set 6-3 and then twice broke the Canadian to lead 4-0 in the second.

Andreescu, the eighth seed, had gone over on her ankle during game two of the second set and needed treatment from the physiotherapist at courtside. 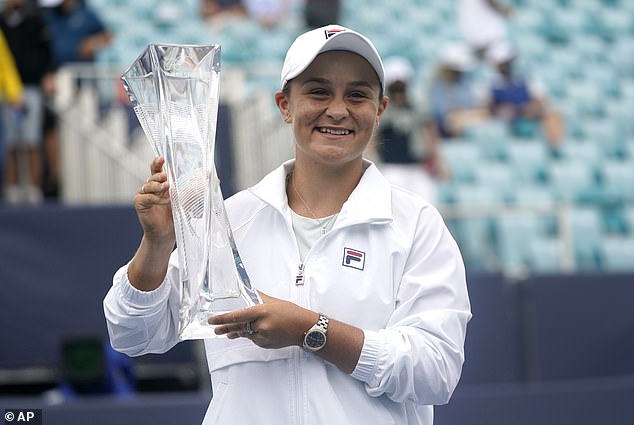 Despite being strapped up, the issue did not resolve itself and the 20-year-old, US Open champion in 2019, could not continue, breaking down in tears as she was forced to concede defeat and hand Barty the title.

It was a second WTA Tour triumph of 2021 for the Australian, and her 10th career title.

Andreescu’s run to the final is projected to move her up three spots in the WTA rankings to world number six.

Barty admitted it was a somewhat bitter-sweet victory.

‘It’s never the way you ever want to finish a match, particularly in a final,’ she said in her post-match press conference, quoted on the WTA Tour website. 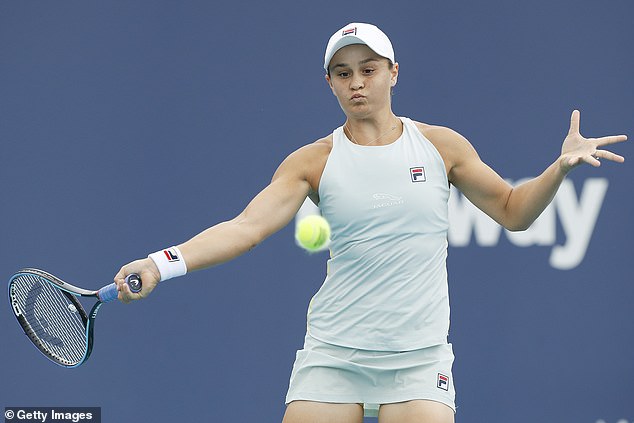 ‘I really do feel for Bianca. I think she’s had such a rough trot with injuries in the past. I think that’s going to be one of the first of many battles for us.

‘I just hope from now on they are healthy and we can both stay out on the court and fight for everything that we can give. Obviously I feel for her having to pull out today.’

Barty added: ‘I felt like with each match I have been playing better and better, which is ultimately what we are after.

‘To be able to have the title at the end is a bonus, and to be able to defend my title the first time in my career I’ve been able to do that is really, really special too.’

Andreescu tried to remain positive despite her latest fitness setback, with Miami only her third event in the past two seasons.

The Canadian said: ‘I really fought through very tough matches. My body seemed to be good up until today. I think it was just, like, a freak accident.

‘One of my first tournaments back in a really long time and all I can say is that I’m super grateful.’