The world’s leading tennis players will be urged to take a Covid vaccine by their governing body – despite many having misgivings about receiving one.

Attempts will be made by the WTA Tour to ‘educate’ some of the game’s top stars with a significant number of them, often from eastern European countries, admitting that they are reluctant.

The matter is particularly pressing for a sport like tennis, which crosses international boundaries on an almost weekly basis, and faces major logistical challenges in managing the travel and mingling of competitors. 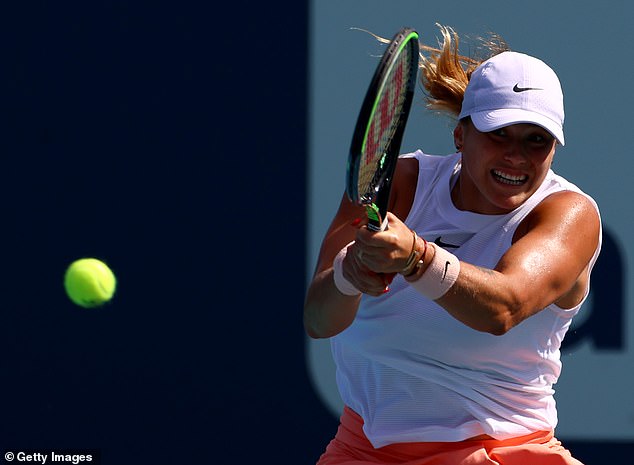 Some of the men also have concerns about taking the vaccine, notably Novak Djokovic. At this week’s Miami Open top 10 players Elina Svitolina, Aryna Sabalenka and male counterparts Andrey Rublev and Diego Schwartzman have been among those voicing their concerns.

A spokesperson for the WTA Tour made their stance clear, while admitting there could be no compulsion.

‘The WTA believes in and will encourage everyone to get a vaccine,’ she said. ‘This will assist in protecting the individual who has received the vaccine, those who have not been vaccinated, and allow our world to move back to a place of normality that is desired by all.

‘This being said, the WTA will not be requiring players to get a vaccine as this is a personal decision, and one which we respect.’

Some will evidently take some persuading. 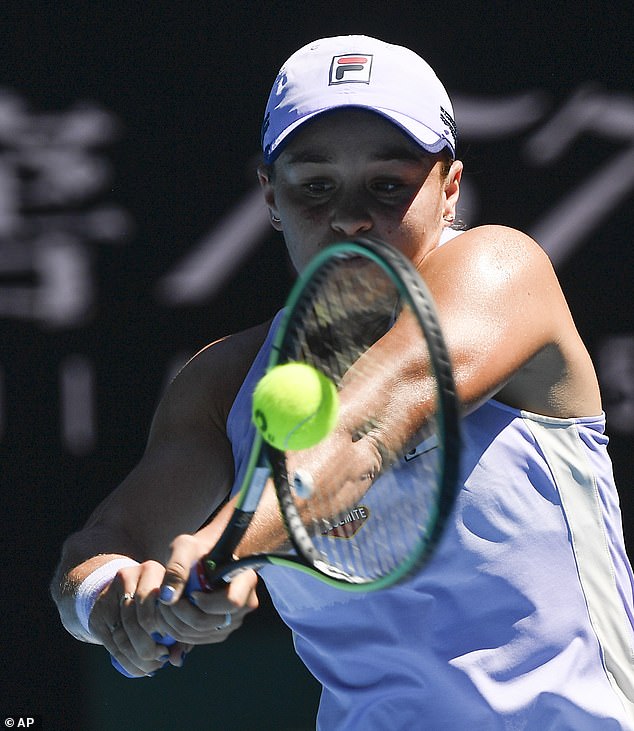 World No 8 Sabalenka, from Belarus, said: ‘So far I don’t really trust it. It’s tough to say but I don’t want mine yet, actually.

‘They just made it really quick and there wasn’t enough time to test it and to see what can happen.’

Svitolina, from Ukraine, added: ‘I was thinking of having the vaccine, but a few of my friends told me to wait a little bit longer to see how it goes, because obviously there have been some cases with side effects. I will think about that.’

Men’s world No 8 Rublev is also uneasy about the prospect: ‘If you ask me if I can choose and I can have option to not have a vaccine, I will not do it,’ he said.

However, opinion is divided and there are plenty of players who are willing to take it. World No 1 Ash Barty, from Australia, said she would have it and that her parents are in line to receive a jab.

Reigning US and Australian Open champion Naomi Osaka was unequivocal.

‘I’m planning on getting one. For me, I feel like whenever I’m eligible,’ she said. 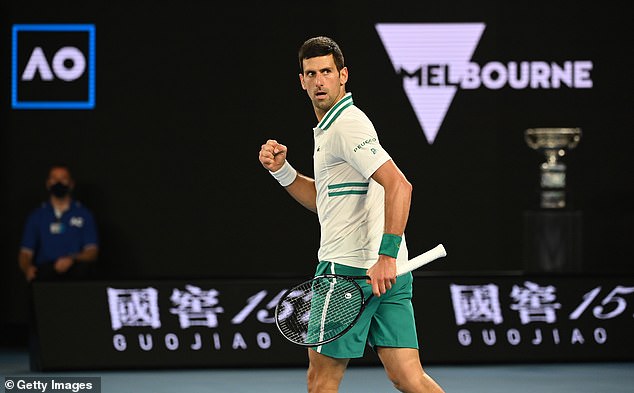 Wimbledon champion Simona Halep, from Romania, received her vaccination a month ago and was happy to have a photograph taken to encourage others to come forward, stating: ‘It’s for everyone’s sake and that’s why I decided to get vaccinated.’

Djokovic caused a huge stir in April last year when he declared he was against having vaccinations. After a strong reaction to his initial statements, however, and a rebuke from Serbian health authorities, he has become more circumspect around the issue.

The Miami event has been depleted by big name male withdrawals and tennis faces more uncertainty as the circuit comes to snake around Europe for the clay and grass court seasons.

As one veteran tour insider pointed out, vaccinations for players will become a serious issue in the event that governments decide to introduce Covid passports permitting travel in and out of countries.

At present it seems unlikely they will come in before Wimbledon, which is planning restrictions on player movements.

‘ATP recommends COVID-19 vaccination based on scientific evidence supporting the health benefits and protection provided,’ said a spokesperson for the ATP Tour.